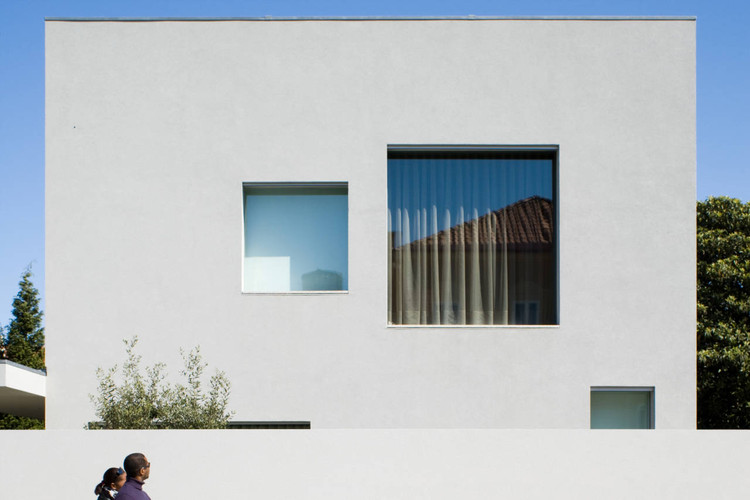 The family assumes here the unity of architecture. Their habits, their routines and practices dictated the proportions, the relations and uses of the spaces of this single family house. Inserted in a narrow but extensive urban lot, surround by heritage and culturally important trees, the project assumed as an option a gathering that denies the everyday citie.

The volume implantation respects the regulatory alignments and it’s modeled by the perspective marked by the tower of the Church of Antas. The result is a contribution to the stability of the street, flanked by single family houses completed and added during the twentieth century. Formally, the volume is dense and thick. It looks slightly to the street at southeast and unabashedly to the courtyard in the northwest.

This courtyard is dominated by the pool, between the two rooms - the north and south, respectively, the seasonal and annual. The general organization of space shows a functionality and reasonably dictated by the centrality of vertical access that constrain the locations, relationships and approaches to space, participating, encouraging and coordinating the three floors.

The lower one, intended for various uses - garage - the center one intended for social spaces - living room and kitchen – and the superior one intended to the individual spaces - rooms. The result is a stable, comfortable dwelling which creates and provides daily personal and special contaminated by the identity and personality of those who inhabit it. 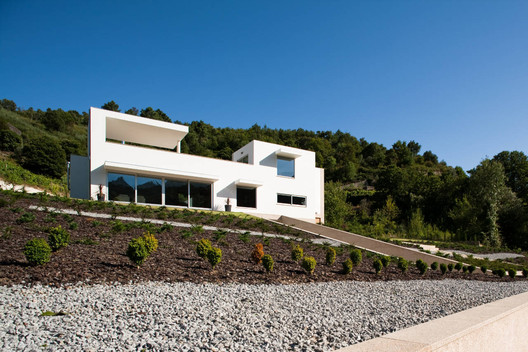