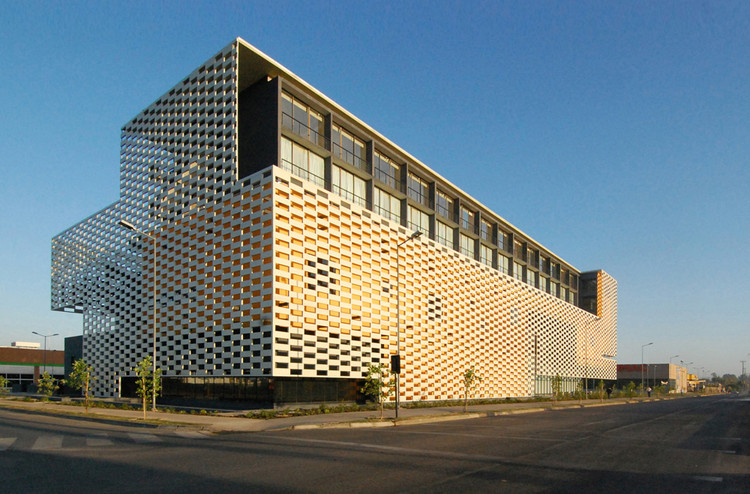 Text description provided by the architects. Since the very beginning, this commission was determined by a preexisting disposition of the various parts of the program (casino, hotel, restaurants, and convention/event's center), predefining surface areas, position in plan layout, and corresponding levels within the structure.

This program predisposition, under which the operation license was granted, generated a juxtaposition of various recognizable building structures with particular form and expression, amounting to a fragmented and poorly composed building.

A second important condition was its location sharing the site of a Shopping Mall in a peripheral location to the City of Talca. Though allowing to opening the project towards the further context gaining views of the Andes and Talca itself, the immediate context needed particular attention: the intersection of two high traffic main roads, and the Shopping Mall's desolated parking lot.

The third relevant subject to take into account was the thermal conditioning of the building. Over 400 gaming machines in the casino and convention areas plus the concentration of large crowds generated enormous amounts of heat. Thus, obtaining efficiency in climate control systems was essential.

To meet these conditions, and characterizing the project, the following courses of action were taken:

With the intention of transforming a simple program layout distribution into a Project with spatiality, order and clear hierarchies, a series of varying height interior spaces were defined, organizing the various programs around them, both in section and plan systems. Thus, the hotel lobby became connected with the administrative offices by a triple height space; similarly, first floor casino programs, convention and exposition spaces in the second level, and the hotel room's roof garden, were related through a main central patio that cuts through the three said levels. Finally, in the upper stories of the hotel, a triple height hall was proposed, relating the three levels of rooms, and the spa, fitness and pools areas.

In the exterior facades, a second skin was designed to simultaneously attain various objectives: volumetrically it becomes a sort of "dress" that gives the building unity while subtly revealing its different parts, and allowed larger flexibility to undertake the constant changes requested and introduced while developing the project. Secondly, it presents the building as a large urban lamp that constitutes a Casino image avoiding the superimposition of lit signs over a totally hermetic structure. Thirdly, it behaves as a ventilated façade, diminishing direct sunlight exposure thus improving thermal performance. Finally, this skin defines exterior intermediate spaces by creating a realm of belonging that controls the relationship of the building with its difficult context successfully. It is in this fashion, this intermediate space mediates between the interior and the streets and parking zones; this occurs both in the main entrance and in the two restaurant terraces. In the second level, this spaces amount to a garden-terrace that becomes the foyer to the convention and exposition spaces. At the third level, the space of the large roof garden west of the hotel rooms becomes contained, in its perimeter, by this second skin, thus allowing control of the hotel views by hiding the shopping mall's roof but permitting further views of Talca.

As for the building's thermal conditioning, besides this double skin system, thermal isolation for the main parts of the casino and convention spaces was also obtained through the roof gardens described above together with a high percentage of isolated interior-exterior walls. A "free cooling" A/C system was introduced, which acts by stopping mechanical cooling and injecting exterior air when interior temperature is higher, a recurrent situation for this type of program. 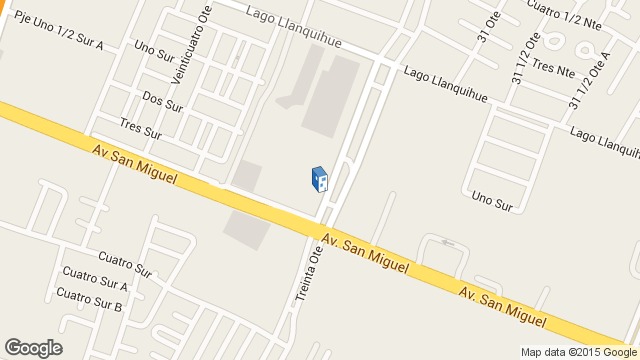 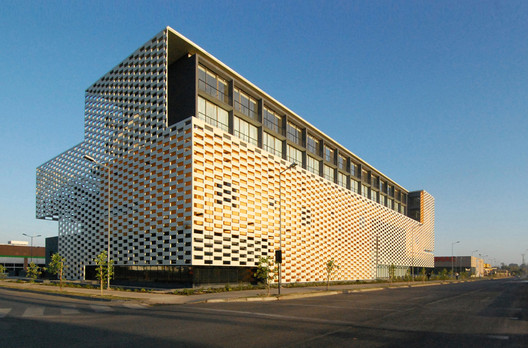