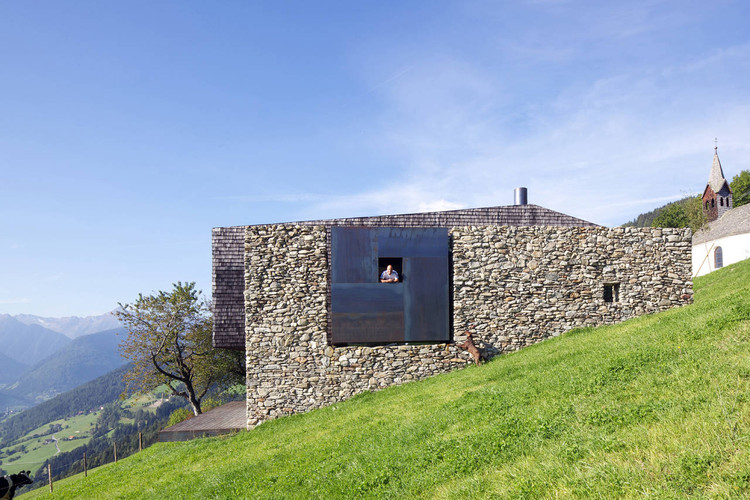 Text description provided by the architects. Next to the Chapel, Farmstead b, Sterzing

The site is situated in a little village, above Sterzing, on a height of 1.400 m above sea-level. Out of a farmhouse with an old oven (made of stone) which were both fit for demolition a new holiday residence of the Brunner family should arise.

Together with the historical chapel an ensemble on the mountain should come into existence. It was important for us to integrate a place to live, a sauna, a garage and a henhouse into the landscape. All new buildings were inserted into the landscape without changing the topography. They should be separated according to their function, form and material and still create a unity because of their positioning.

We worked with the found, the discovered - the landscape as well as the remains of the old farmhouse like the stone wall and the traditional materials as for example the shingles from the chapel. The starting point was the old stone wall of the farmhouse for us. After a long search we finally found workers (stone artists) who were able to rebuild it according to old architecture without mortar.

The structure was covered with shingles following the roof also on the soffit, they were exposed to wind and weather already 1 and a half year before in order to achieve a relatively uniform weathering , a silvery tone. Simple materials, like the concrete ceiling which was roughly structured with laths, glass elements, as well as steel and wood characterize the interior. As a basic principle old materials were reused and combined with new ones.

At the same time, a sauna box belongs to the ensemble which is stuck in the territory. The simple element was supplied with earth-coloured plaster. The roof is intensively covered with greenery. The jutting out and pending terrace is roofed but at the same time also open and offers a wonderful view over the valley.

On the other side there is the garage, an almost black cube in the landscape, covered with greenery, simple with small cut-outs and larch-wood laths. A game between architecture, landscape and art should come to life. 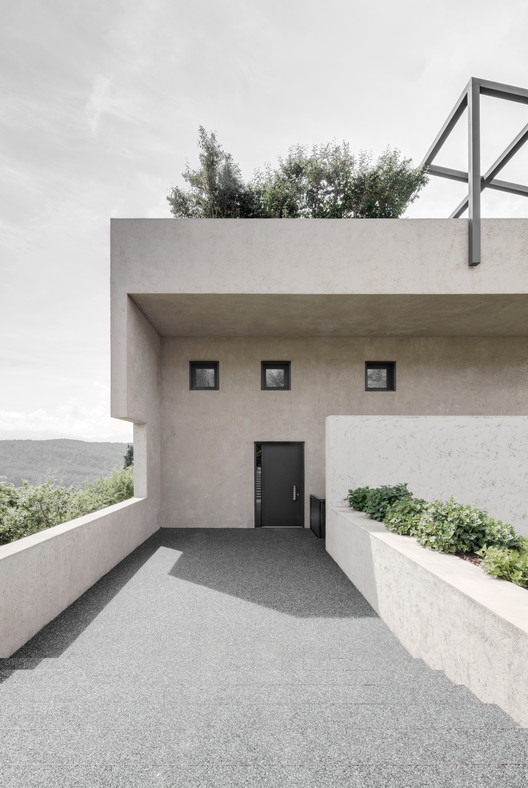 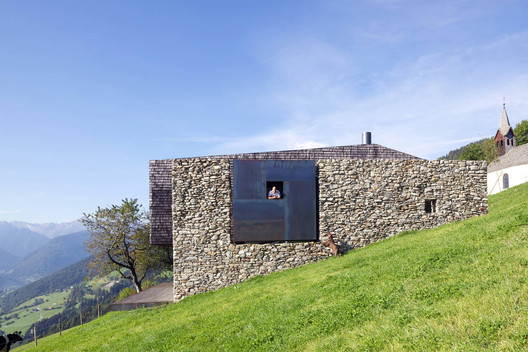