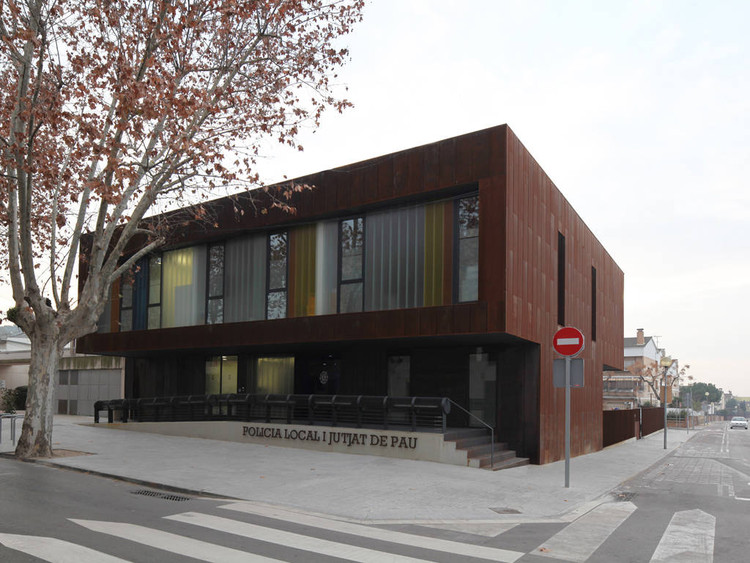 Text description provided by the architects. Like many towns in El Vallès, in the metropolitan area of Barcelona, Palau-solità has tripled its population since the 1980s and extended by means of single-family houses and low-rise apartment blocks. In this context, a public building may be designed to give the main streets in the fabric an urban, civic character or to fit in with the series of warehouses, shopping centres and franchises that form the periphery of this sprawling urbanization. The headquarters of the local police force is an example of the former.

The project highlights the civic axis that is Passeig de la Carrerada, a former watercourse, as a quality public space lined with plane trees and broad pavements, and a complex of facilities, with the Escoles Velles school building designed by Josep Lluís Sert, the sports centre and the new addition of the police station. The volumes and building lines of the project respond to the aim of integration into the architecture of this avenue.

The building was made to stand out, emphasising its public role and shunning the domestic appearance of a single-family home that the size of the project might otherwise suggest. The aim was to create a compact, unitary and clearly identifiable image suitable for a police station that needs to convey safety and security. Any association with standard tertiary architecture is avoided by concentrating on the specific characteristics of the building.

The project is T-shaped in section to create large projections at the front, on the avenue, and at the rear, overlooking the courtyard, with intermediate spaces and outdoor lobbies. It further transfers ground-floor uses to the first floor, so that only spaces for relation with public are situated at street level. Inside, the uses are laid out around a double-height central space that communicates the whole building. 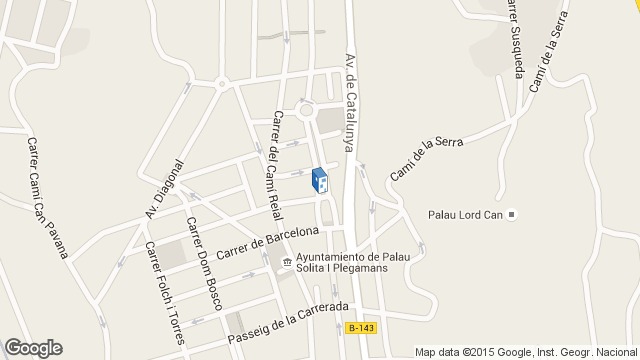 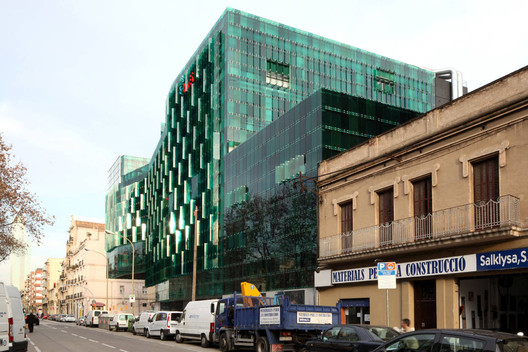 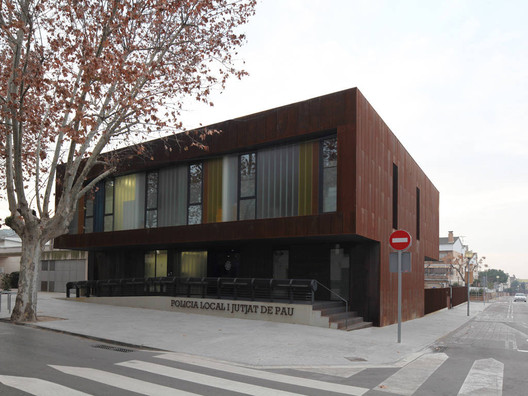