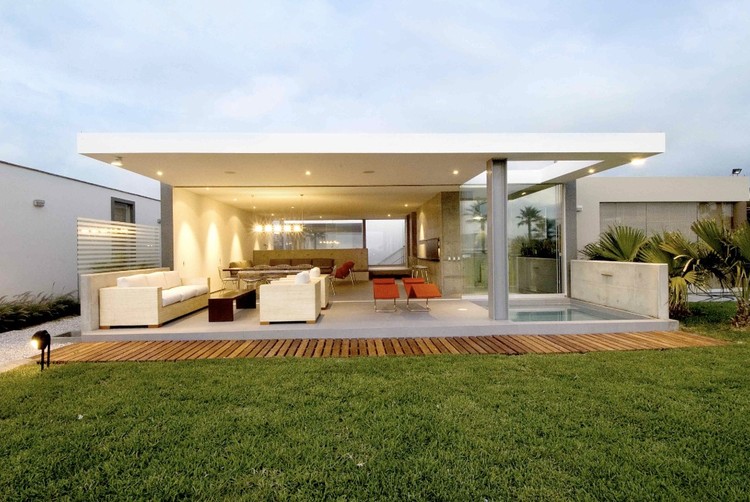 Text description provided by the architects. The house is located on the seafront, overlooking the islands of Asia (Peru). The project aims to demonstrate the connection between an abstract architecture and its surroundings, establishing a relationship between man and nature, between the desert and the sea.

The desert generates the need to create a private area in the vastness of its territory; the ocean invites to open their horizons.

The logic used in the design of this house is subtractive. The consignment was seized with the maximum constructible area through a rigorous geometric solid volume, which was then drilled generating a sunken courtyard. The terrace roof is a front overhang with the same proportion of the gap in the courtyard, a "displacement" of the horizontal plane of the roof. 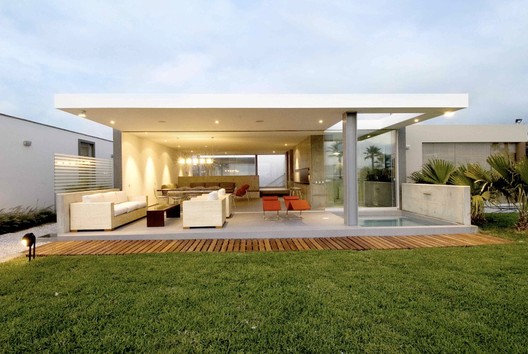