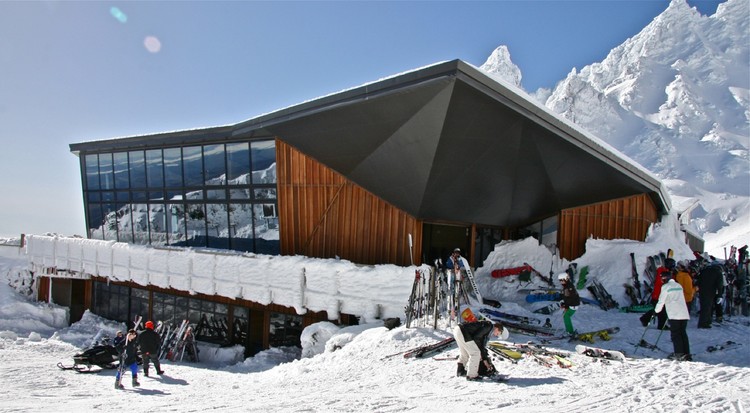 Text description provided by the architects. Knoll Ridge Café is located at Whakapapa Ski Field on Mt. Ruapehu, Tongariro National Park. Situated on the side of a mountain the commercial ski field is also sited on what is New Zealand’s largest active volcano.

The café replaces the original Knoll Ridge Chalet which was destroyed by a fire in February 2009. As a result an ambitious design and build programme was initiated to replace the chalet with a temporary prefabricated facility for the 2009 winter season. Once the debris of the original chalet were removed, a 220sqm temporary cafe was erected on the remaining floor slab. This tested the methodology which was later adopted for the construction of the café.

Rapidly changing weather is typical of the conditions encountered on New Zealand mountains, with Mt. Ruapehu no exception. Designing a building for such a severe environment provided its own set of unique challenges. Limited road access to site and stringent requirements meant extensive planning and logistics were required just to get materials to site. Prefabricated concrete floor panels had to be rapidly constructed and delivered before the snow melted, these were then hauled over snow 700m up to site before construction began the following summer.

A major consideration in the design of the building was the issue of the remote location. The entire building, from foundation beams/floor panels to roof sections and windows was broken down into a modular panelised system, which allowed for delivery, placement and erection by helicopter on site. Insulated sandwich panels constructed of plywood and LVL form a large extent of the walls and roof of the café. These like most of the buildings components had to be designed with careful consideration not exceed the helicopters 800kg max load limit.

A 100% thermally broken purpose built glass curtain wall was designed for what is possibly one the most challenging environments to build in. The glass and framing system had to withstand wind speeds of up to 200km/ph and temperatures well below freezing. Twenty-five tons of glass was used in the 415m2 of glass façade which was all predetermined and ordered from calculations without a site measure. All the glass units were fitted with 3 equalizing tubes to facilitate onsite argon gas filling, equalizing tubes were also used as a precaution for rapid altitude acceleration during flight.

In the summer season the eastern face of the building can be seen set above the volcanic rock formations located on the edge of the drop off to the Te Heuheu Valley. The north face looks back down the mountain whilst to the west is the chair lift and ski area.

The form of the building reflects the strong geological features of the mountain. The “gull wing” roof was to appear to “cradle” the mountains peak. On a practical level is used to manage the snow. The building is designed to cover with up 3.0m of snow.

Timber has been used extensively inside and out to create the warm “feeling” of the “traditional” mountain chalet without adopting the traditional form. The glass exterior (particularly to the east wall) is the other feature of the building – allowing full exposure to the magnificence view to the Pinnacle Ridge.

The new café is located approximately 50m down the mountain from the original chalet site, with the main café floor at approximately 2010m ASL. The new building accommodates café seating for approx 400 people with servery, kitchen and support facilities all on one level. At this same level, a deck area for approximately 200 people is provided. The main public toilet area, staff facilities and storage are on the level below with separate access from the outside as well connection to the café via an internal stair. 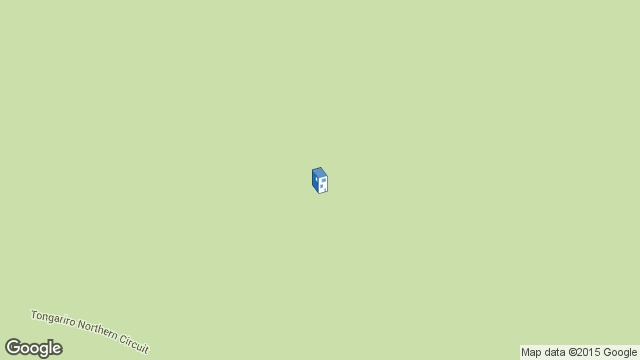