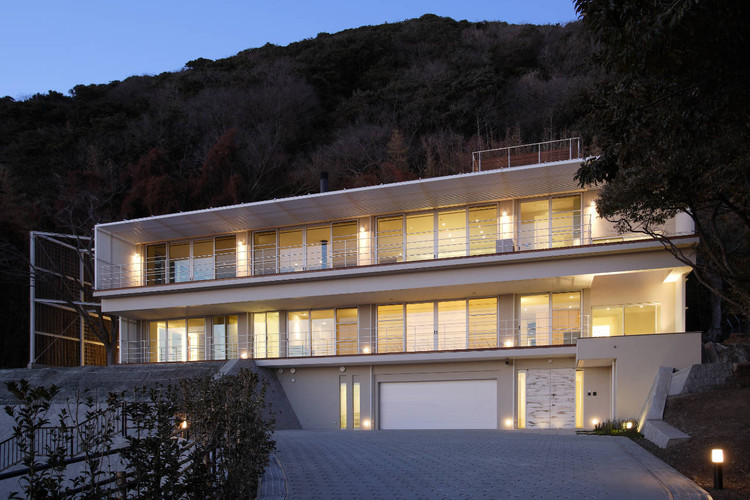 This is a vacation home expected to become a permanent house in the future. Located about an hour’s car ride away from downtown Tokyo, it is locatedin the sea resort of Hayama in the Shonan region, adjacent to the more well known, old city of Kamakura.

Sited overlooking the sea on the south, the design intent was to capture as much of the scenic panorama and to bring it into the house. Behind the house on the north is a hill clad with wild bamboos. Sandwiched in between the richness of the sea and that of the hill, the design was to open the house as much as was possible to the natural outdoors and to become a part of it.

The plan is basically a multiple of six-by-six meter concrete grid in three stories. The basement approach level is predominantly entrance, garage, and storage. The first floor is sleeping quarters, and the second, uppermost level, is living, dining, and kitchen. The second floor is basically one large room zoned functionally and separately by the structural grids.

Interior floor finish for the second floor is laminated bamboo, much used by our office recently, as the material is very fast-growing and therefore more eco-friendly than wood. The bedrooms floor is carpeting to allow softer material for the legs. The exterior is stucco clad over exterior insulation to prevent interior condensation and subsequent mold.

Extending the full length of the house on the south seaside is a three-meter wide terrace balcony acting as an interface between the outside and the inside. On sunny, non-cloudy days, one may be able to view Mt. Fuji in the southwest in all its glory. 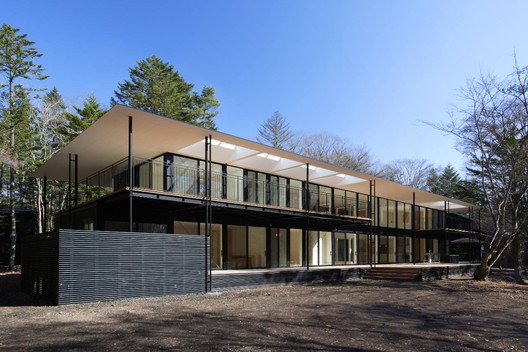