Save
House on the Bluff / Edward Suzuki Associates 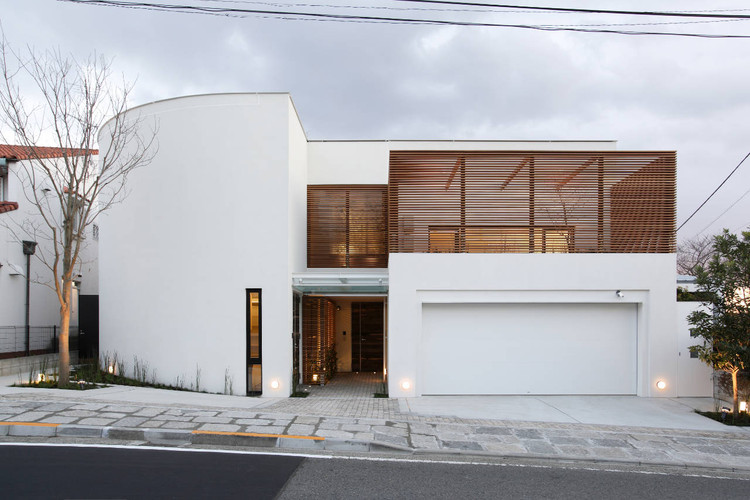 Text description provided by the architects. This residence is for a family of four with a private Studio/Office attached for the husband. Located on the bluff of Yamate district in the seaport city of Yokohama, it commands a magnificent view of the townscape below on the South. Flanked by a garage on the right and the Studio/Office on the left, the entry is from the North.

The ground floor is comprised primarily of the Living, the Dining, and the Kitchen, with the wife’s Library/Study next to the husband’s Studio/Office. The Studio/Office is to be used mainly for work, but is also intended to be used as a small concert space for the husband and his friends’ musical band. The space boasts a voluptuous volume of two floor heights to which a mezzanine could be added in the future if and when necessary. The Living room too is two stories high with the Master Bedroom on the second floor overlooking it.

The second floor is primarily sleeping quarters with a family Bathroom. It also accommodates a Japanese tatami (straw mat) room with a private viewing garden that could be used as an occasional guest room.

The interior floor finishes are basically bamboo laminates for the ground floor and carpeting for the second. Edward Suzuki Associates endorses use of bamboo as much as is possible instead wood, as bamboo is very fast-growing and abundant in Japan and hence more ecologically sound than wood. The walls and ceilings are basically paint on gypsum board.

The exterior is basically off-white accentuated by black window sash, reminiscent of the old, western residences that mark the Yamate neighborhood. A wooden louver which helps to preserve the privacy for the Japanese room adds some natural warmth and color to the monotone. 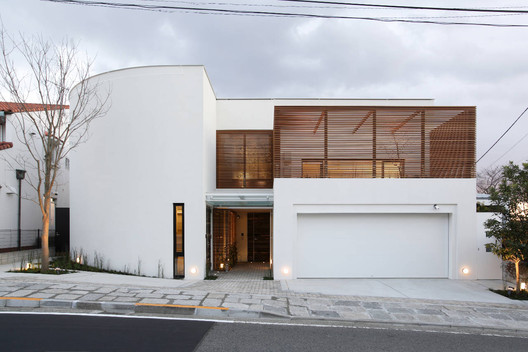