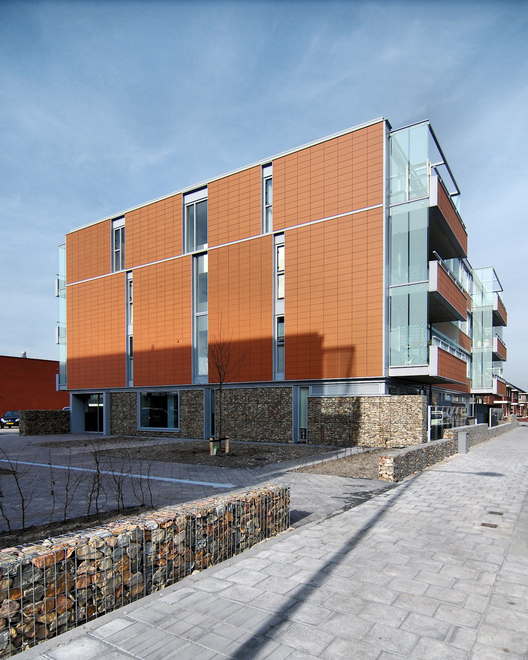 Text description provided by the architects. Situated in Leidschenveen, the youngest district of The Hague, four apartment blocks have been designed by HVE architecten. One of the blocks is social housing; the others are regular housing designed for senior citizens.

The initial urban plan of a long, consecutive strip of apartments was redesigned in order to create a visual connection between the separate park areas on either side of the building lot. As a result, four apartment blocks of four and five storeys were designed with a total of 81 apartments.

The design has a semi-industrial feel to it. Modern building assembly methods with metal framing and ceramic tiles are combined with references to the Nieuwe Haagse School style from the 1930’s.

The base of the blocks and the garden walls are made of gabion baskets filled with sand-coloured stones. Steel frames filled with red ceramic tiles hover above the gabion base. The façade composition of separate framed surfaces gives the blocks a far less massive expression than the actual building volume entails.

The collective interior space of the housing blocks is finished with stucco and dark stone tiles. Through the use of various voids, the entrance hall is connected to all the floors above and because of this, basic circulation space becomes a pleasant, unexpected experience for the inhabitants. 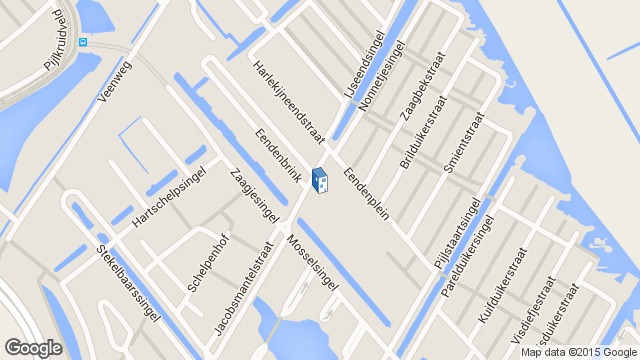