Save
Commissariat of Police in France / X-TU 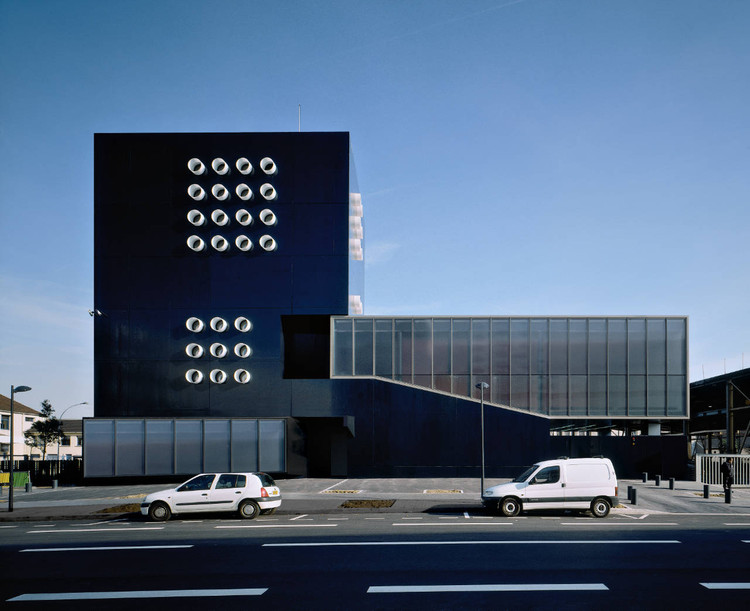 Text description provided by the architects. Given the reduced program size and the location of the land parcel, the idea was to insert most of the program elements in a high vertical volume. Which set on a street angle will stand as an emblematic tower. The “special” elements of the program will have volumes of their own. They strain the composition from one end of the parcel to the other with glass walls. These spaces contain the ground floor and the first level and create a pedestal from where the rest of the masses stand on.

The Plinth unfolds itself along the elevation creating set backs and notches where the different volumes snap in or detach themselves from. This interaction creates a tension link between the volumes. The sculptural as well as urban solution, anticipates the future buildings in the surrounding parcels. It is an urban sculpture shaped by its environment.

This development is deeply inspired by the actual surrounding landscape of the Plaine Saint Denis (northern Parisian outskirts). A broken assembly overlapped with buildings of different proportions and materials, creating a poetic universe, sometimes astonishing, slashed by void making the sky invade almost all the landscape.

The elevations are conceived as constant opposition between opacity and transparency. The opaque walls are done with (lazured) glossy concrete. Series of portholes dressed with opalescent cylinders punctuate the elevation and illuminate it at night. The glass walls are equipped with different types of glass depending on the confidentiality degree required by the facilities.

The offices in the tower on the Rue de Landy are equipped with silk screen printed glass, where the positioning of the transparence and the opalescence create a wave type of geometry. This result which externally evokes a LCD screen also lets a certain transparency from the interior towards the outside, although giving enough opacity from the outside. The large surface of glass lets the building keep its emblematic role even at night, when the crowd gathers around the Saint Denis Stadium, the tower becomes a luminous signal seen from far away.

The ground level divides itself into two parts. The first a public lobby giving access to complaint offices and accompanied access to superior levels. The second one being the Lobby for the on duty guards. The movement inside both lobbies can be observed by a supervisor whom is installed in a counter which separates the two spaces. The central position of this counter makes it easy to visualize the comings and goings of the police and of the public, and also commands the access to the “weapon storage” , to the (GAV) zone, and to the floors.

The on-duty lobby extends to the first level where can be found the rest of the daily maintenance rooms as well as the fitness room. This extension appears as a fault in the lobby’s space which brings light from above provided by the hall servicing the sport facilities. The sport facility also has its own access, a staircase starting from the inner court, giving it more independence, avoiding the rest of the station to be disturbed during match days at the Stade de France, where the influence can be greater.

Special attention was brought to the internal circulation. This Police station contains many types of services each having their own degree of security requirement. Therefore the access to the Special Branch (branch for political security) is done by an additional entrance located on Rue de Landy. In a same way the on-duty housings are accessible from the back court situated on the same level as the annex exit. 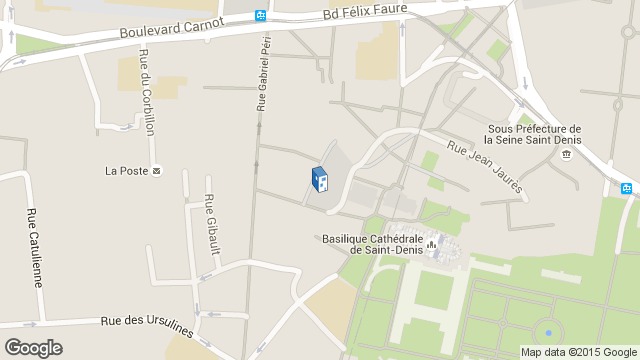