La Grande Motte city, situated at the edge of the Mediterranean Sea, benefits from a soft and moderate climate. The project of construction of new offices for the technical services of the city of La Grande Motte takes place in a very widely afforested ground. It is a remarkable environment, thanks to the natural elements that surrounds it. So the project testifies of a profound respect for present natural elements while offering a new determinedly contemporary image.

The landscape and architectural project presents a strong unity, stemming from the qualities of the place, in order to compose spaces where the environmental quality will be a vector of development. The architectural concept is deeply connected to the necessary feature for such a program, as well as to the existing landscape.

It was essential to answer this problem vigorously. Our will is double: think of a functional project, and, set up a place of life in agreement with the Mediterranean climatic conditions. This has to take place as simply as possible, with humility and efficiency. We thus propose simple volumes for the whole building, with sober and pure lines to assert its insertion in the site.

A particular attention is so brought to the insertion of the building in the site. It is conceived as a topographic line, drawn by a unique material (wood), offering it a spatial but also a visual unity. It is under this landscape line established by a flat roof that the entities of the program take place. It was thought to emphasize the surrounding landscape while identifying and protecting exploitable outer spaces.

Conceived in the continuity of the surrounding vegetable masses, these limits ease the incidence of the new building in the landscape and create a visual and hearing filter protecting the workspaces of the outside nuisances. So, the building consists of a fold, developing two side walls constituted in a homogeneous way. The project proposes a stake in retreat of the glazed facades and the implementation of wooden canopies connecting the high and low entities of the fold.

This device creates a thick façade, protecting from the sun, while allowing taking advantage of a direct connection between the inside and the outside thanks to wide openings. The device also allows a spatial and visual continuity while answering the Mediterranean climatic constraints. The project is completely wooden built. It is an environmental choice which we made by working with local essences of pines, but also in order to assure a technical, constructive and functional simplicity.

We are aware that in this place, in the heart of a wooded space but also in an urban zone, the notion old perpetuity is a real stake of construction. The reflection we wish to set up is of order qualitative. We answer it by the implementation of long-lasting materials, by the adapted conception of the building and its arrangements, allowing a cost cutting of maintenance for the project owner and the users, as well as by the potentiality offered to the new building to adapt itself to the requirements of environmental quality.

Thinking of a sustainable development requires naturally taking into account the quality of materials, to make a technical work on the energies uses, but also to set up a logic space. It is in the sense that we undertook this project. The intervention we propose restores coherence and feature to the site entities thanks to a new spatial scenography and to the development of the existing heritage.

ElodieNourrigat (born in 1971) and Jacques Brion (born in 1963) architects, had created in 2000 in Montpelier, the agency N+B architects. They both graduate of the School of Architecture of Montpellier (ENSAM) and obtained in 2002 a Master's degree in Philosophy of the University of Lyon III. ElodieNourrigat is finalizing a Doctorate in Architecture supervised by Chris Younès philosopher. They are also professor of architecture at the Ensam.

The projects of the agency join different scales, architectural or urban. They have just finish to construct a new school to Morières Avignon and the restructuring of the High school Paul Valéry in Menton. The agency works at present on a development of Urban Zone to the city of Gignac, the construction of a parking and a public place to Carros and the restructuring of the Office of General Finance of Montpelier. Their work was recognized through various distinctions. In September, 2008, they were invited in the 11th Biennial event of architecture of Venice and presented in the French Pavilion.

The same year the agency was a prize-winner of the prize " Europe 40 under 40 ", organized by European Centre for Structure Art Design and Urban Studies, prize distinguishing every year 40 betters agencies of less than 40 years in Europe. ElodieNourrigat has received in June, 2008 in London the prize "Atkins Insprire Awards" in the category International, prize recognizing the investment of the women in the construction.

Thought their research works their allowed to live in 2001 in Kyoto in Japan, in the “Villa Kujoyama”, a program of research in residence, organized by Cultures France and the French Ministry of Foreign Affairs. Experience renewed in 2002 by the obtaining of the grant Electra from the EDF foundation, awarded to young architects for a research work abroad. Their experiences abroad are also completed by invitations as professor in the schools of architecture, such as Laval in Quebec (Canada), RMIT in Melbourne (Australia), Tohku University to Sendai (Japan), College of Design – University of Kentucky (Lexington, Kentucky USA).

Finally, this year the project of Park of Activity of Camalcé to Gignac distinguished by " International Award on 2009 " awarded by Chicago Athenaeum Museum As architect too, they are investing in the communication of the architectural culture and the want to offer a visibility to young architects. For that, in 2006, they create and since organize each year in June, the Festival of the Lively Architectures in Montpellier which invites young architects to construct a project in the courtyards of mansions of the city of Montpellier. 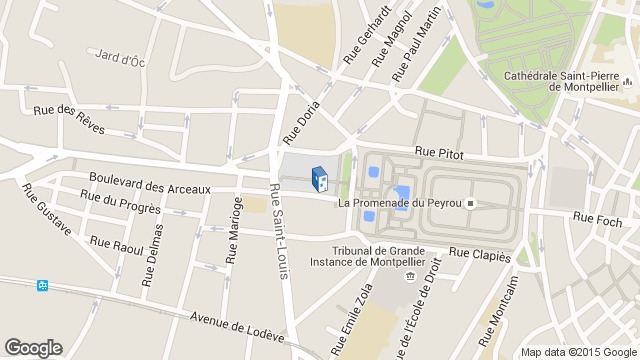