Save
Zhengzhou Mixed Use Development / Trahan Architects
Share
Or
Copy

Trahan Architects have proposed a 4.3 million square-foot mixed-use development in the historic city center of Zhengzhou, China – the capital and largest city of the Henan province, with a population of 8.6 million. The concept is part of a broad scale master plan for redeveloping Zhengzhou through ecological and infrastructure development. Continue after the break for more images and the project description. 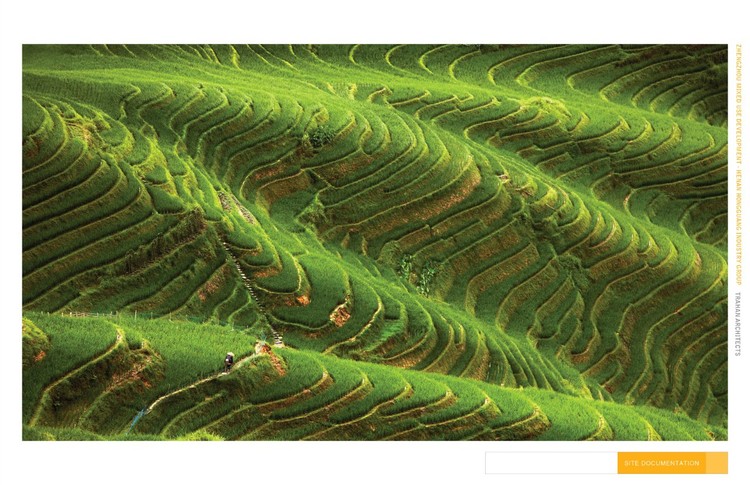 Zhengzhou is to serve as an integrated hub for the import/export of goods and mass transportation which connects the east and the west. The project site is located in the historic city center which is the primary shopping district just north of the main train station and just south of the People’s Park (a large public park). The Erqi Monument resides to the south west corner of the site and is the primary tourist attraction in Zhengzhou. The monument is a 27 floor double pagoda dedicated to a worker strike that occurred February 7, 1923.

The green boulevards flow into and up the edges of the site to create a green urban space at the mezzanine level. Envisioned as an entertainment level, patrons can enjoy amenities and an elevated view of the city. The retail base steps down in plan and section for greater connectivity to the adjacent urban edges. The gradated triangulated façade reinforces the corners and programmatic relationships from floor to floor.