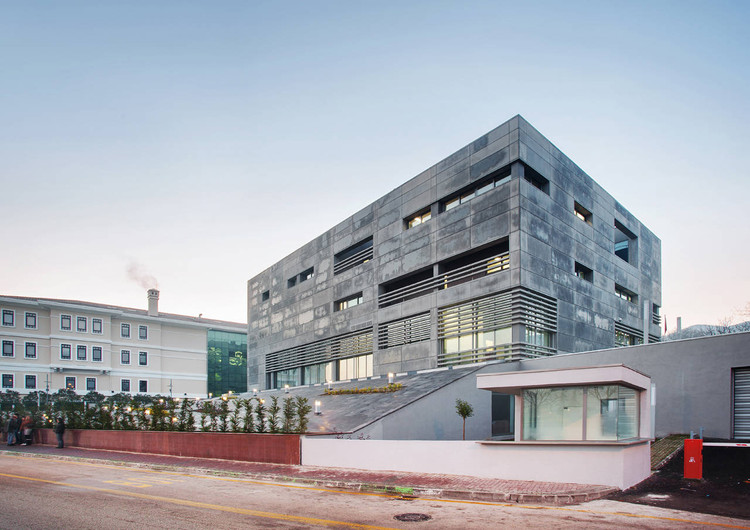 Text description provided by the architects. General Explanation About The Competition

The Central Bank of the Republic of Turkey opened a one-stage national competition in June 2005 to obtain projects for a new branch and residence buildings. At the end of the competition our proposal was awarded with the first prize. After signing a contract with the Central Bank, we started the implementation project. The project took approximately one year. In 2006 the project was ready for tender. The buildings were completed in 2011.

In both buildings, a three dimensional grid structure is formed inside a peripheral shell that inhales light through occasional slits. This gridal structure contracts as pieces break off at each level from the whole. Natural light penetrates to the depths of the structure through these internal openings. The structure stands out with a simple and competent attitude on its outer surface and by rich spatial fluidity in its inner construct.

After a closer look to the horizontal and vertical relation between the floors, especially the problematic parts on the 3,50 level, created by clearing different elevations of the bank structure, the jury was convinced that the flexibility of the system would allow the structure to be easily transformed without impeding its value and the main idea.

The consistent and highly qualified plasticity created by the similar attitude at the residence was appreciated. However, residence solutions, especially the rooms that view the internal space, were asked to be revised. With 3 to 2 votes, the proposal was granted with the first prize.

Competion space is in Bursa on the west of the central bus station on Ankara-Izmir highway. A pedestrian route that connects the central bus station to the Fomar and the Osmangazi metro station are located on the property considered for the residence and the branch buildings.The project is based on simple architectural principles, identifiable from both inside and outside.

Areas in the branch, that require high security measures, where complicated cash flow mechanisms take place and where technical units are located are positioned under a base, the borders of which can be traced from outside. Ground level is conceived as a transparent entrance for the users. First and second floors are reserved for administration and office space.

Branch building acts like a hard shell that wraps around all functions. This attitude is an individualised sheath based on function of the building. A compact structure is aimed in the design. The bank operates like a triggering apparatus as a result of a series of sophisticated and specialised work processes. Spaces and glass roofs that are cut through the floors and that do not overlap, create different perceptions of depth in different points in the building. The hull creates a homogenous mechanism that holds the system together and reflects outside the dynamism of the interior.

The mass of the Bank rests on a platform that stretches from North to South. The platform defines an entrance front square on the south, and a slanted security area on the north. The slanted security area raises the perception of the building from Izmir-Ankara highway, while cutting down on the noise from the highway. The pedestrian entrance is through a red transparent wall on the south.

The residence carries similar principles. The compact mass of the building and the functional divisions are clearly recognised from outside. The residence is composed of permanent housing and guesthouses. This is exactly the basic principle that constitutes the structural plasticity. These two function are joined in one whole. 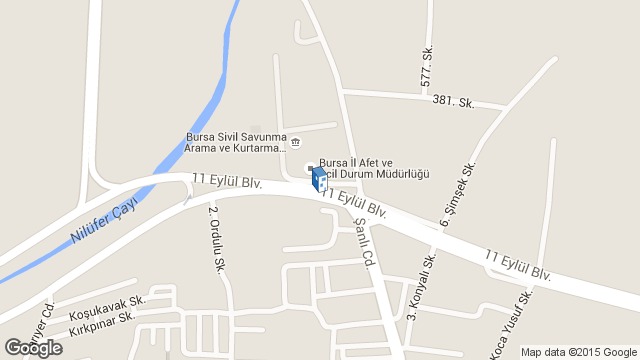 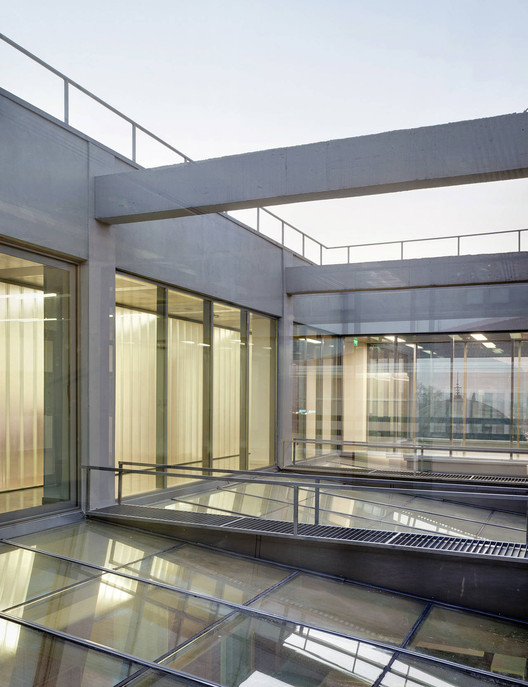