Save
Court of Justice of the European Communities / Dominique Perrault Architecture 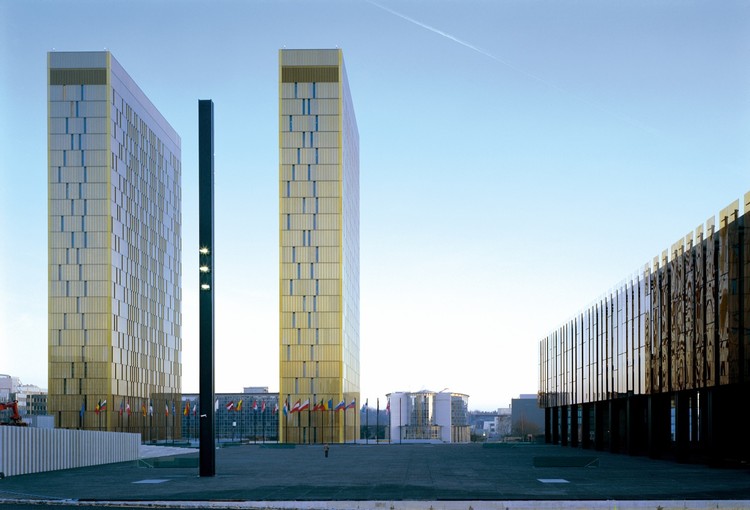 Text description provided by the architects. Invited to create a new extension and to triple the Court’s capacity from 50,000 sq metres (538,195 sq ft) to 150,000 sq metres (1.6 million sq ft), Perrault’s challenge was not only to increase space but also to give harmony to a building that had already been extended three times. First inaugurated in 1973, when the European Community included only six member countries, the Court of Justice was extended in 1988, 1993 and 1994. As Perrault saw it, the scheme’s challenge was threefold: functional, urban and institutional.

First, the Court required an additional 100,000 sq metres (1.08 million sq ft) to house more than 2,000 judges, clerks and translators. Second, successive expansions, with sometimes contradictory designs needed to be rationalized and brought together to function as a whole. It was therefore not only necessary to create extra space but to unify the whole, creating a building that would seem more like an harmonious “injection” than a fourth extension. Third, Perrault’s scheme sought to reinforce the symbolic importance of the prestigious institution.

The original building, made of corten steel, is hollowed out, to accommodate the courtrooms, which is encircled by a perfectly orthogonal ring hosting offices, chambers for the judges, advocate generals, and the Great Hall of justice.

On the lower level of this major body, the “grande galerie” is reorganized and extended, serving as a spinal cord, to provide circulation between the different extensions as well as to the two new towers, which provide office space for more than 600 translators and legal officers working in 23 languages. With a height of 100 metres each, the new towers are now the tallest in Luxembourg.

The vast space to the north, designed to be discreet, creates a major access across a large porch to the entrance hall and to the meeting rooms.

In the basement, the courtroom’s ceiling is dressed with lights encircled in an anodized gold- tinted aluminium mesh, giving the chamber a majestic and authoritative atmosphere while also providing a lyrical and poetic feel.

The material qualities of the anodized gold-tinted aluminium mesh are a major component of the new unity introduced in the different extensions. It has been employed throughout the project, for the sun-shades of the two towers, as a screen for the judges’ chambers, as well as on the ceiling of the main courtroom. The rhythm of the metallic mesh, the dazzling texture, and the relief of its folds bestow a genuine visual identity to the 76,000 sq metre (818,057 sq ft) plot area.

In addition, since 2004, Perrault’s firm has been engaged to conduct an urban planning project, including landscape architecture, circulation, transport and a mixed-use program for the development of the entrance to the Kirchberg plateau. The aim is to give a more urban look and feel to the Porte de l’Europe by creating a better relationship between the different elements of the district and its various users. The work is to be completed in 2020. 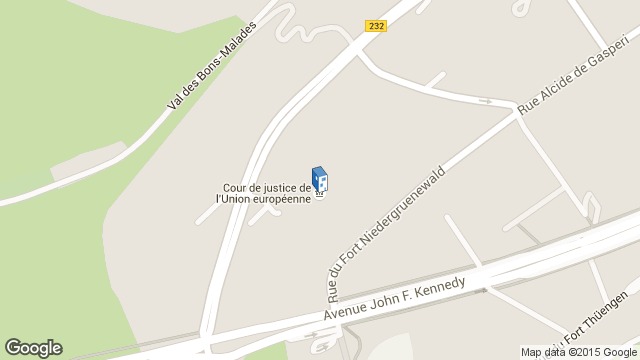