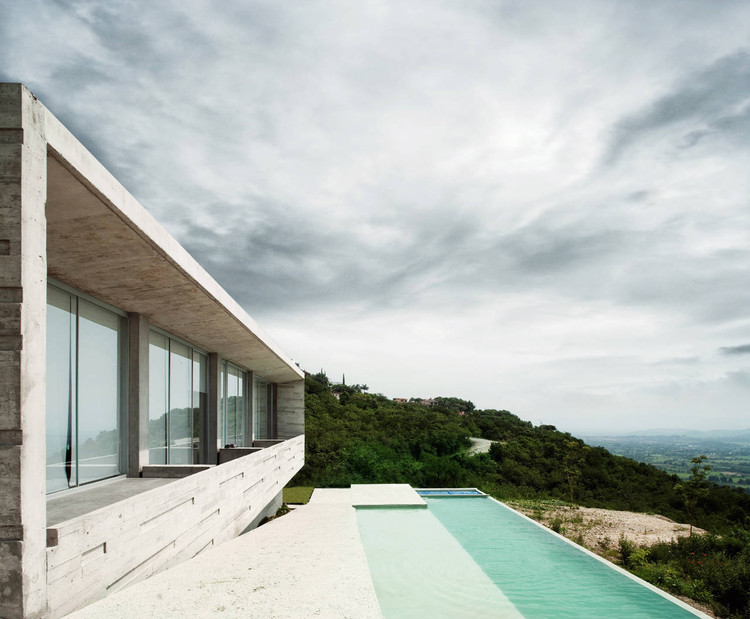 Text description provided by the architects. Located at the Golf Club of San Gaspar in Jiutepec de Morelos, over 1600 square meters on a hill; WIDESCREEN is conceived to offer a versatile program on a single level. Today it is a getaway house only, but eventually will turn into the clients permanent residence where he will be able to enjoy his retirement.

The house itself has been created based only on two volumes which have been joined together by a granite vertical element, separating the private areas from the common ones. On the longer volume you will find four different . The master bedroom, two secondary and the guest room as well. The kitchen; the dining & living area, bonded by a terrace and at the far end of the house you are able to find the service area; all of these spaces are located on the second volume of this residence.

Both bodies were designed on a 4:1 proportion; that is the origin of this projects name. The use of the apparent materials such as concrete, black granite and crystal; allow the house to blend in with the mountain and its surroundings.

Despite the lack of planarity on this rough terrain; through the composition of different platforms, and the outdated position of its´ volumes; all the spaces within were able to be connected through a ramp on the inside of the house as well as the one placed on the outside.

A 25 lineal meter lap pool combined with these platforms have been placed on parallel, underlining and framing the great sightseeing’s of the city of Cuernavaca. The context, orientation and view of this location play a fundamental role in the project itself. The house responds with great windows and suspended concrete surfaces to it´s natural surroundings; creating shading to the insides so that it remains fresh. This is reinforced using a ventilation system that creates crossed currents in all rooms as well as the living and common areas.

Wide-screen does not intend to be an ecological project though it has been created so that the natural resources are efficiently used. An example of this is the heating system used for the lap pool which has been placed on the roof of the house using this large surface a great amount of solar energy is exploited. The ventilation system used discarded the need of an air conditioning device. 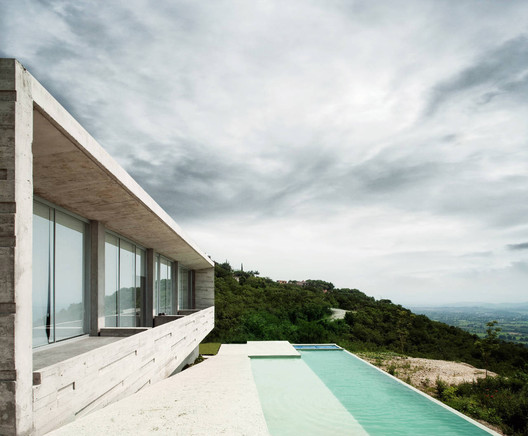