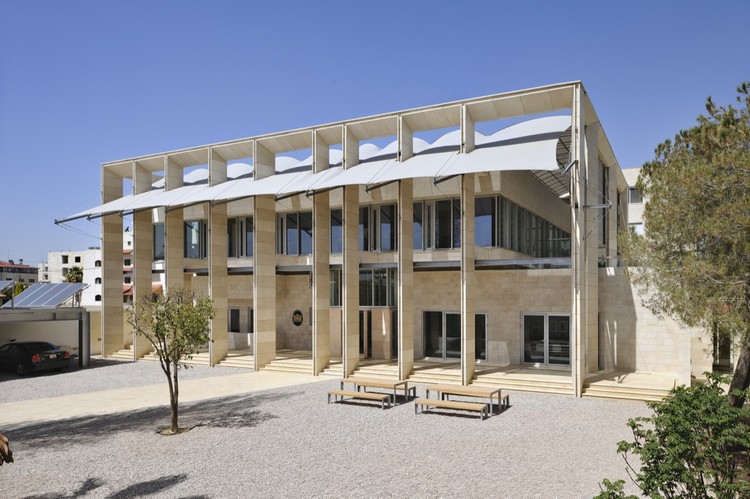 Amman is a fast-growing city entirely made up of buildings in local natural stone: not only the well-off neighbourhoods but also poorer districts, and not only homes but also offices, hotels, museums and shops.

The Dutch embassy project concerns the renovation of an understated villa within a walled garden. The building was renovated and extended because it was too small, and not earthquake-proof. Hospitality in combination with security formed the essence of the design brief. The entrances and the various consulate functions are situated on the ground floor in the original building layer, while a separate new structure above this houses the more representative section of the embassy. The building as a whole is given a unified character by a light-filtering portico made of local Jerusalem Stone. This framework emphasizes the relation with the garden and shades the building from the heat of the sun, so the embassy staff can enjoy the attractive views of the garden without the discomfort of excessive heat. Intended to express both hospitality and security, the portico rising above the enclosure wall forms the new public face of the embassy. As symbolic as the Acropolis in Athens, or modern interpretations of the temple and agora such as Oscar Niemeyer’s Mondadori building in Milan, but now expressed in the structural vocabulary of Amman: classic modern architecture as a new and contemporary image, adapted to the local context of building traditions and climate. The rhythm of the columns originates in the interplay of the dimensions of the elements of the original villa’s structure as well as computer simulations of their function as sunshades.

Sustainable installations for a temperate microclimate

On the awning roof and the south portico, solar panels and parasol sails catch the sunlight. The eastern parasol sails can be shifted towards the terrace when the harsh morning sun shines directly onto the facade, but also in winter, so that the building can be warmed if required.

The original swimming pool is reused as a water buffer for the storage of heat/cold from the solar collectors above the parking places. During the day the building is cooled using this energy. In the winter, in contrast, these panels collect heat, so the temperature differences between day and night can be moderated. A heating circuit for this purpose has been incorporated in the embassy’s floors. Fifty percent of the awning roof is made up photovoltaic cells, enough for all the building’s electricity needs. The remainder of the roof area is fitted with sails to shade out the sunlight, so its heat is captured and ventilated away. Rainwater is also captured. Because of these measures, as well as the use and re-use of local materials, the building has been certified under the LEED Green Building Rating System. A silver rating is already assured, and a gold rating seems possible, making this the first building in Jordan and the first Dutch embassy to receive such an award. 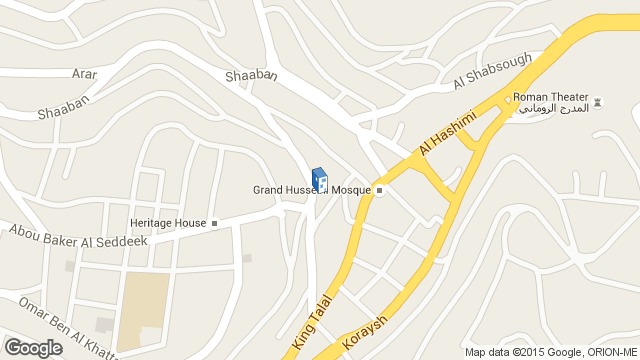 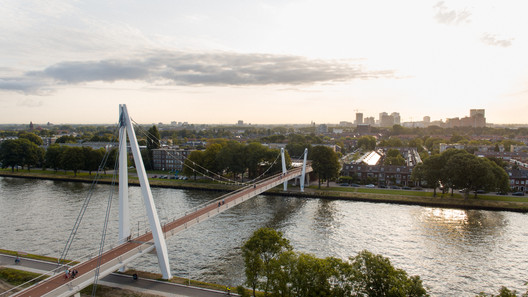