Save
New Headquarters and Production of Pratic / GEZA 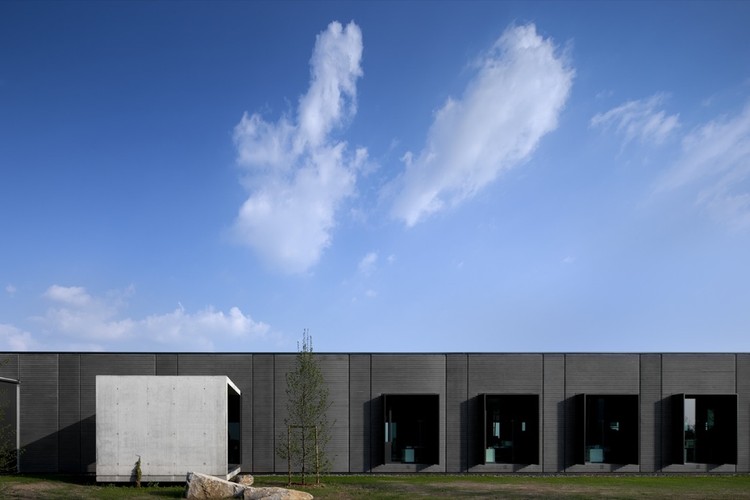 Text description provided by the architects. The inauguration for the new headquarters and production complex of Pratic, a company owned by the Orioli brothers and specialized in the design and manufacture of curtain systems, has recently taken place in Fagagna a town located in the province of Udine, in Northern Italy. The complex placed adjacent to the provincial highway that leads from Udine to Spilimbergo, was designed and built by GEZA (architects Stefano Gri and Piero Zucchi).

The intervention is composed principally of: a main volume, a parallelepiped with a  surface of approximately 10,000 m2 that houses the main productive core; a second volume of about 1000 m2 placed adjacent to the first but rotated 15 degrees in order to align with the highway is dedicated to the offices; a parking lot for 100 cars; a loading dock and service area of approximately 2,700 m2 ; a garden space of about 33,000 m2.

In addition spaces dedicated to communication, showrooms, break rooms and open communal and private areas are housed in the buildings in order to accommodate the daily activities of the workers. The complex, anchored in the industrial zone of the town, is also intimately tied to the surrounding agricultural landscape through different aspects of its design; thus ultimately forming part of the mountainscape characteristic of the region.

The project is infused with a strong desire for simplicity. The dry and elemental nature of the structure, the colors and even the interaction with the landscape are testament to this principle. Regardless of its dark and silent nature, the complex manages to become an icon for the passerby. The volume housing the offices becomes a striking sign even to those driving by on the highway, one that seeks to establish a dialogue between the concepts of stasis and movement. The production core’s more pronounced verticality is characterized by a striated façade dominated by alternating glazed surfaces and solid panels of diverse widths that are always ten meters in height. The differing dimensions of black marble stone and dark cement that make up the finish of the panels allow for a varied façade alive with the interplay of sunlight, shadow and changing atmospheric conditions.

The office core is protected on the south side by a dark concrete beam of grand dimensions (approximately 80 meters in length) that highlights at a larger scale the horizontality of certain elements of the project. The beam, parallel to the ground, projects beyond the building’s perimeter as if to indicate a confrontation between itself and the landscape. Its reflection on the glazed façade yields a great “floating shade” that serves a climatic function by mediating temperature within the work spaces.

The organization of the programs housed within the headquarters of Pratic tends to establish a non hierarchical rapport between the spaces and instead privileges a greater quality of integration between the built environments. Every function is instilled with a sense of clarity and rigor, from the loading dock area to the space planning of the offices. This simplicity can even be understood in terms of the project’s interaction with the surrounding context, which was carefully designed by GEZA through three gestures: the cultivated terrain, the garden and the patio.

The cultivated terrain opens towards the southern and western fronts of the complex, merging it with the landscape. The two main buildings straddle the garden, a semi-private area that reconciles the production core with that of the administration. An oak tree, planted in the middle of a patio, defines the last natural element of the design. The materiality and nature of the space interrupts the fluidity of the office core, thus creating a more intimate relationship between nature and man. The patio enriches the interior spaces by acting as an extension of the surrounding landscape that overcomes the feeling of interiority of the offices. The crescent design of the parking lot also redefines the concept of landscape. The area reserved for vehicles is situated within a circular perimeter slightly buried in respect to the highway in order to buffer the visual impact this has on the project.

The design’s focus on landscape is also developed in terms of environmental sustainability. The production core’s roof is composed of a series of photovoltaic panels that cover a surface of approximately 2,300 m2 that generate a greater amount of energy than is necessary to run the building. Pratic, designed as a “classe A” (the equivalent of a LEED platinum) certified structure, is self-sufficient. The photovoltaic technology is usually hidden from sight by the architecture that holds the panels in place on the roof.

Based on several studies regarding the general health of interior spaces and energy saving tactics, Pratic developed solar screens integrated into the architecture for the offices and the production core. In this context, the “floating shade”, besides defining the character of the building, is an element indispensable to climate control since it supports the filtering screens and modulates most of the direct sunlight the offices are subject to throughout the seasons.

Landscape, light, and sustainable energy are the key elements to understand the design for the headquarters of Pratic. It’s industrial architecture at its best. The complex manages to have an affinity to its surrounding environment, allowing the terrain, the sunlight, and the mountains to form both the background and foreground of its composition. 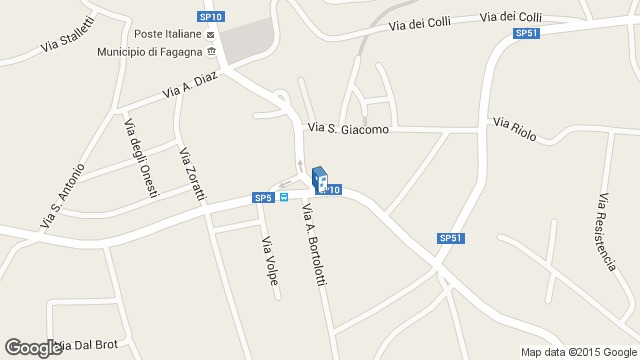 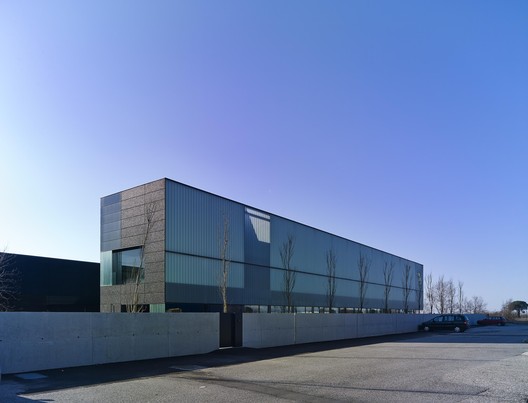 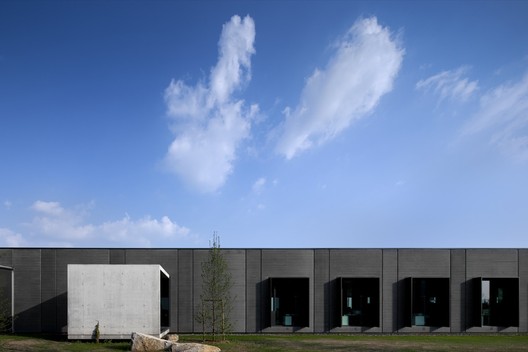