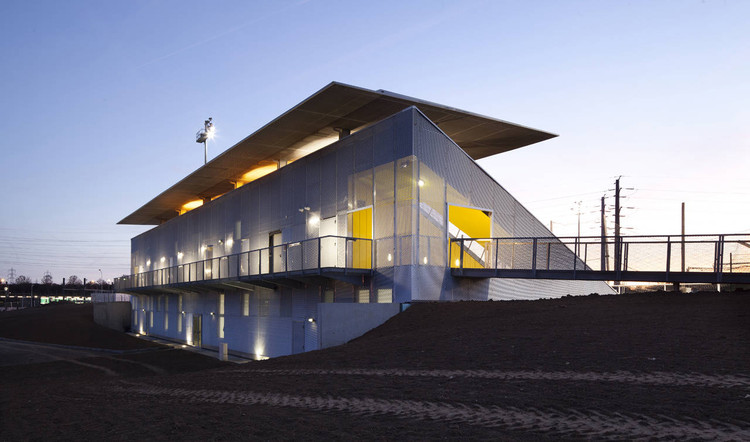 To gain official approval, the football stadium at Duvauchelle de Créteil needed changing rooms and a 300-seat stand, which have now been completed. Making use of the height difference between two pieces of land, the changing rooms are located underground and consequently merge into the greenery of this part of Créteil.

The stand comprises an extruded concrete block, which bears a fleeting resemblance to a laptop and on which the yellow plastic seats are soberly lined up. The stand’s rear and the underside of its roof have been dressed in the same metal mesh. Accessible to spectators via a hanging walkway, the rear façade allows views over activities on the adjacent sports grounds (tennis, athletics, etc.)

Precision and technical expertise are fundaments of both architecture and sport, and are here combined in elegant simplicity. The contrast between solid concrete and transparent metal mesh brings a frankness and a sensibility that complement both the virility and the poetry of sporting events.

Beneath the stand, the changing rooms are styled in the noble Brutalist tradition of concrete undersides. Through their high vaults and the shafts of light that penetrate from above, they evoke a kind of Postmodern cathedral dedicated to new passions and new heroes. 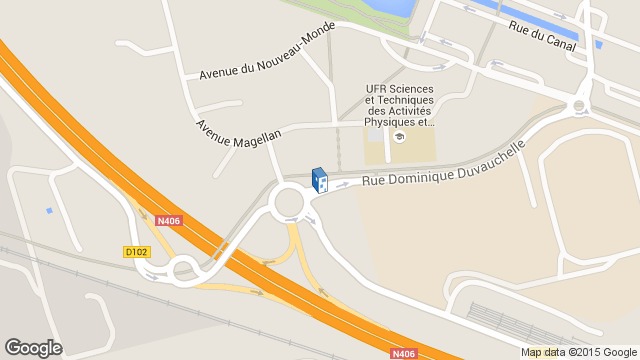 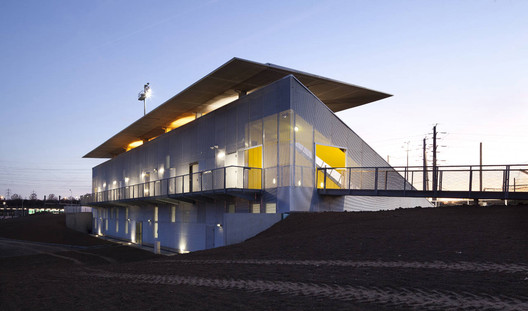