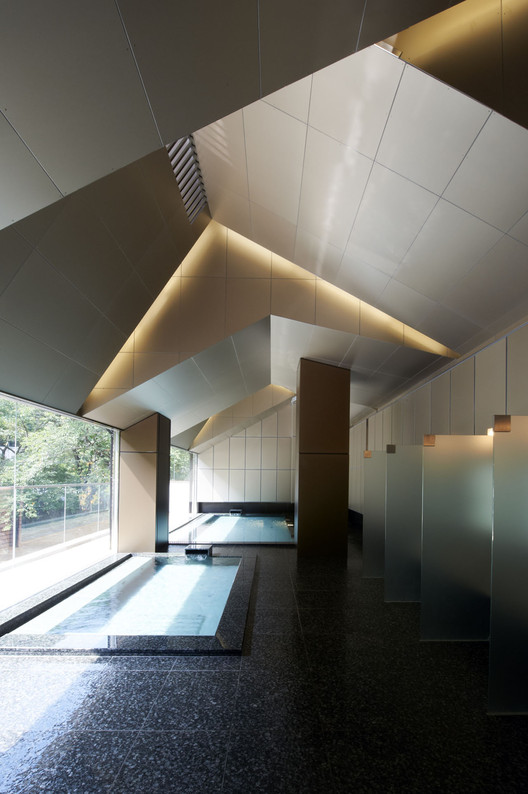 Text description provided by the architects. Yomogino Ryokan (Japanese Style-Inn), in Fukushima, Japan, decided to renovate their hot spring spa after damaged of the 2011 off the Pacific coast of Tohoku Earthquake. Completion is 5 month anniversary after the quake.

The form of a mountain and the roof form of a detached building are reflected in the hot spring spa’s water surface, and it makes it mingle with an internal wall and the form of a ceiling.

A ceiling and a wall are the bronze color aluminum panels by season-proof high alumite processing. It exists, while the form of five ceilings shifts. Indirect illumination is effectively contained in the portion of this gap. 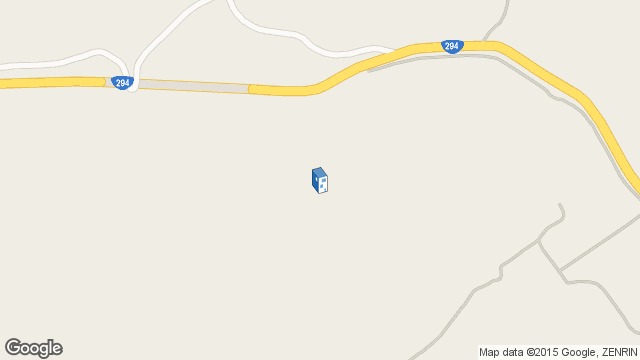 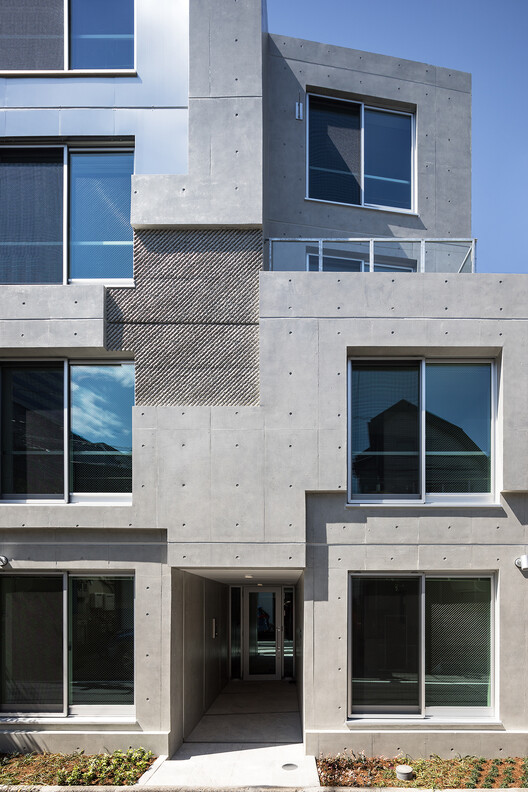