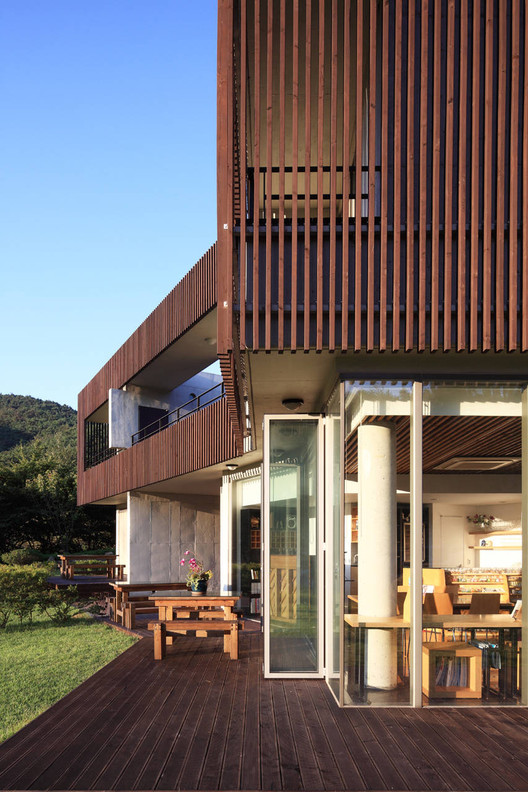 Concept - Hide and Seek with Landscape

Seosan, an artistic and cultural center of the Baekje Dynasty in historic Korea, was a place where diverse cultures intermixed and unified, influencing Korean culture. Our project in this spacious lakeside site was a building composed of four rooms (used as a pension) and a single house with a collective space and maintenance facilities. The most important space in this building is the balcony, which acts as a window to introduce the surrounding scenery, such as the lake, mountains, and fields around the site, and segments the whole space into several separate rooms.

As the face of Maesamjon Buddha’s statue changes with time, the balcony of this pension could be one space or divided according to suit the demands of visitors through the opening and closing of the adjoined borders, while connecting and blocking the area’s access to the surrounding landscape. Also, the four-room area is designed mainly as a kind of skip floor type duplex space to express connection and disconnection more dramatically, and create a unique balcony with its own scenery.

Consideration for the change of time influenced the night scape design. Circular windows and lighting reminiscent of constellations are builtinto several points of the building, so that both internal and natural light create a nice atmosphere by night. By contrast, the ‘hide and seek’ idea of the landscape is expressed spatially in the daytime, in that the building is hidden and revealed by wooden louver covering its external skin. 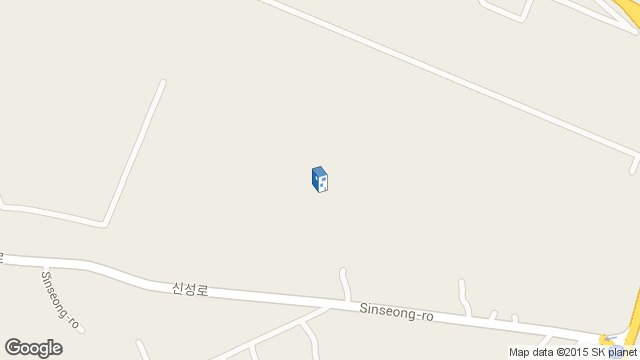