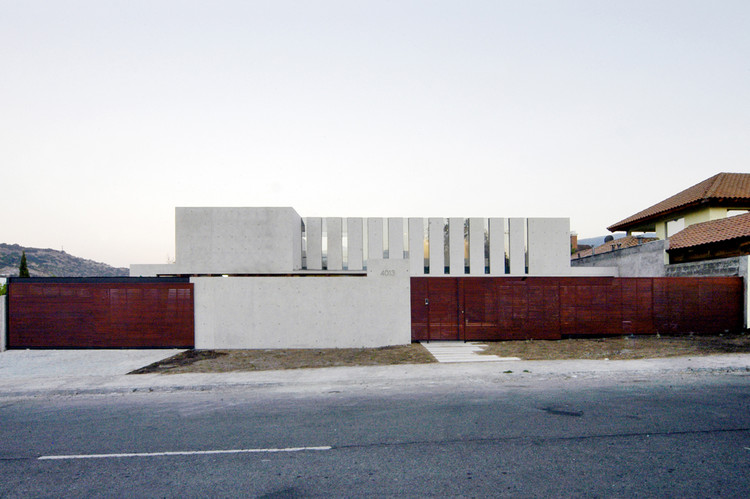 Text description provided by the architects. Fleischmann - Ossa House is located in Lo Barnechea, Santiago, to host a young family, considering as part of the commission to achieve a connection and visual integration between its inhabitants.

To generate spaces according to these requirements, light appears as a fundamental cutting tool in the initial volume, projecting incisions that divide it in two, allowing light and part of the garden to get inside the house.

This strategy helps to divide the house program in two, one space mostly linked to services and the other to rest areas, which works in its length as well as transversally, being the house crossed and divided by light axes.

As part of the proposal, design codes according to a young family have been included - contemporary lines inside a sober and pure volume. The used materials: concrete, stone, and wood is also a great value. Besides its nobility, they collaborate giving warmth and a sense of unit, with an inbuilt furniture.

Externally, the stone organizes the volumes serving as the base for the concrete slab and the second floor, composing a facade from the street at the same time, by intercalating layers of wood, stone and concrete, achieving a final image according to the expectations of the client and the architects. 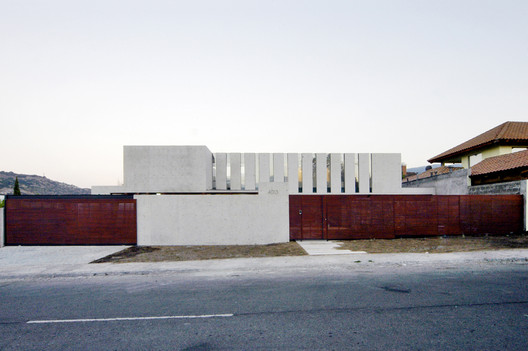