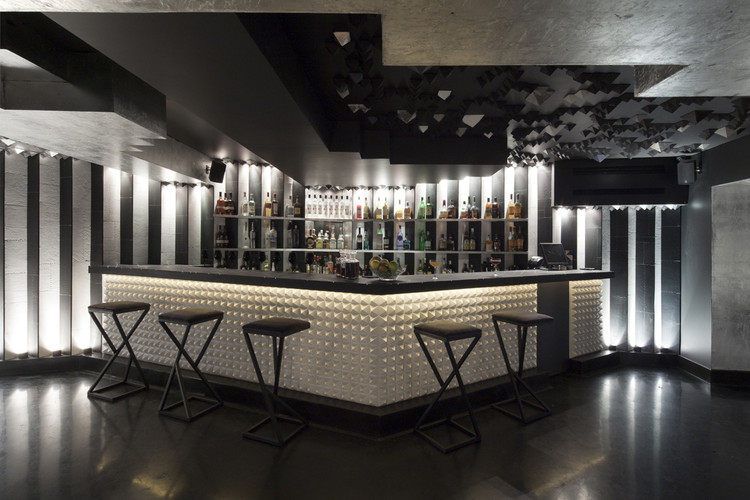 Text description provided by the architects. Working on a non visible project but not an invisible one, hidden, down in an underground passage, a cellar, an antechamber, or even in a cave.

This ambiguity was the starting point of the project, how could we realize a cocktail bar, sort of a modern speakeasy, with no longer the need of being clandestine.

The intrinsic configuration of this place, located down in the basement of a mexican cantina, led us to think about the way we could convert this a-priori slave condition of the space into something sovereign.

What was the way to revert this constraint and turn it into an advantage?

This depreciated space, receptacle for all the tecnicalinstalations of the building, receiving the dirty water pipes, the pump house, the water tank, the cooling system, as well as all the beams and columms structuring the building, were as much constraints we needed to convert into helpful elements.

Since those constraints are defining the aestheticism of the project, it's passing through a recreated cold storage room that people access this place, as a kind of surprising entrance.

The existing stair, most important element of the project for being the only way to get in, was taken as the referent to develop the design.

This element was being used as the base to shape all the details.

Therefore, all the volumes are the consequence of a dialogue between the structures, the pipes, all the tecnical elements, playing a game of mimetism with the stair, playing hide-and-seek with the constraints of the place.

The project, made out of nailed leather either black or white, silver sheets, and wood, invades the basement to unfold, deployed, and flip itself on the walls, the floor, and the ceiling ; Ceiling which is covered with thousands of pyramides reminding the trunk of a ceiba, holy tree of the mayans connecting the world and the infraworld, suspending a ceslestial vault above those admirer skulls. 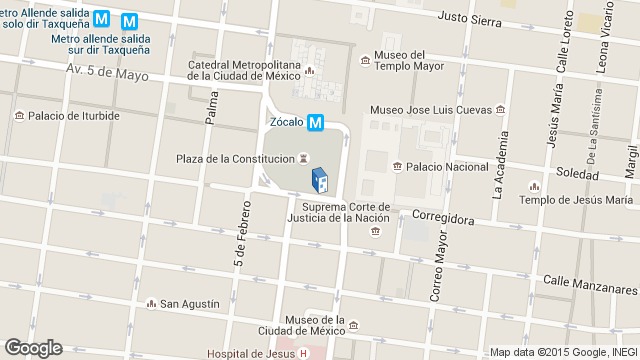 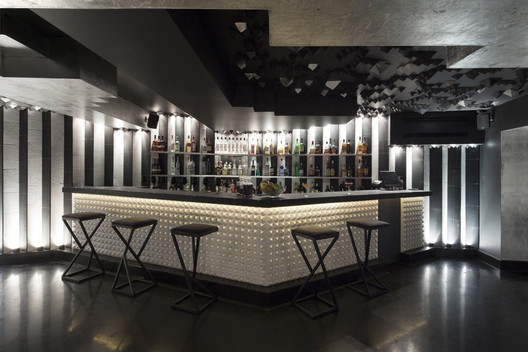