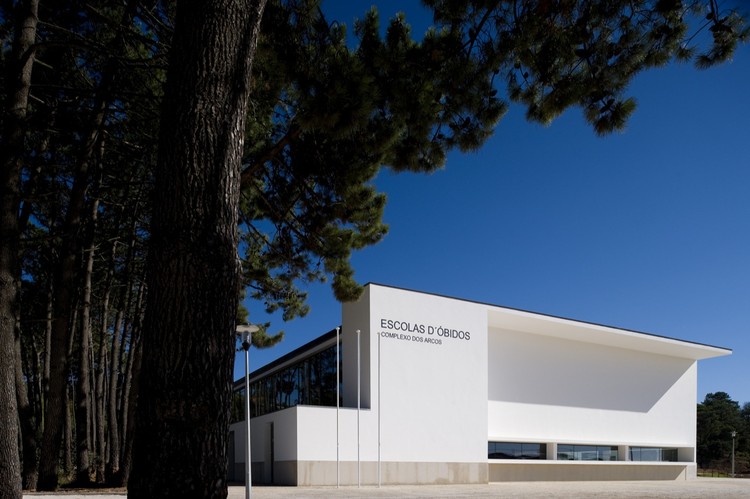 Text description provided by the architects. The construction of two parts of the group of the New educational spaces, the primary and lower secondary school and the sports pavilion, became the first complex of Óbidos, called the Complexo dos Arcos, with a covered area of 6,015 m2, and which responded to the program described above in the Escolas D´Óbidos–Schools of Óbidos. It is around the main atrium that the diverse systems of the complex are organised: pedagogical, social, administrative, services and sports. This also houses the functions of reception/information and control of the school and of the pavilion.

The spatial distribution permits its division into two quite different systems: the social and pedagogical systems. The social subsystems overlook the public space, potentially forming permanently functioning sectors. The pedagogical subsystems are backed against the quietest and furthest sector from the Stadium Terrace. There are, without a doubt, more exposed pedagogical subsystems, like the resource centre; the visual and technological education room and the multi-purpose and music room, which can merge with the open spaces.
At the top of the first band there is the resource centre, which includes areas with different functions, such as the reception, cataloguing, loan and consultation of books, magazines, videos, audio and computer material. Above, on the first floor, the computer room can be used as an extension of the resource centre. At the end of the second band the science laboratory and visual and technological education room share identical criteria of complementarity as the resource centre/computer room.

At the top of the third band there is the multi-purpose and music room, the more isolated location of which seeks to minimise the propagation of sound to elsewhere. Here an entrance from the outside also facilitates the use of this space by independent groups. In the social sector we can enter the dining hall and the buffet from the main atrium and, alternatively, from the outside. The administrative and education support sector is concentrated into level 0 and level 1, the main office here being that of the general secretary, comprising a counter which functions as the reception desk of the school and, occasionally, of the pavilion.
The installations of the pavilion and respective shower rooms can be used by the inhabitants of the district. It was decided to support its impressive volume over the also grandiose group of pine trees on the site, now framed from the interior by an ample glazed opening facing North, which offers a regular distribution of the light, convenient for playing sports. On the West façade, another extensive window allows the activities inside to be watched, to a degree attenuating the lack of seating for spectators.

The proposal shows the empty spaces of the Stadium Terrace, of the Largo do Aqueduto and of the Park on the Slope are shown, where a natural park is proposed, designed as a continuous scenographic backdrop which takes advantage of existing paths to define maintenance circuits, equipment, belvederes and areas of shade that consolidate the land and reduce its degradation and erosion.
The Stadium Terrace is the unifying spatial element of this proposal. Flanked to the East by the building and to the West by the wall of the Municipal Stadium, it has no limits in a North-South direction, as in this direction it is proposed to continue a walkway that comes from the town, goes around the stadium and passes other sports spaces before returning in the direction of the historic centre.
Electrical, safety, telecommunications and intrusion installations: Prodinâmica, lda 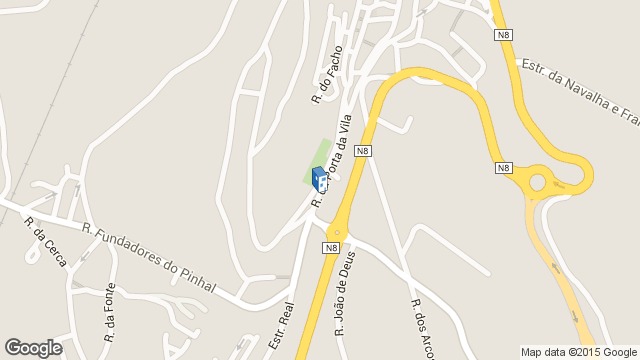