The young architectural studio Urbanplunger was recently awarded third prize in the international competition to design a Night Club Hotel in the dense city of Hong Kong. Their proposal consists of a uniquely suspended building structure described as an “architectural parasite” that leans on neighboring buildings in order to elevate itself above ground. Read on for more. 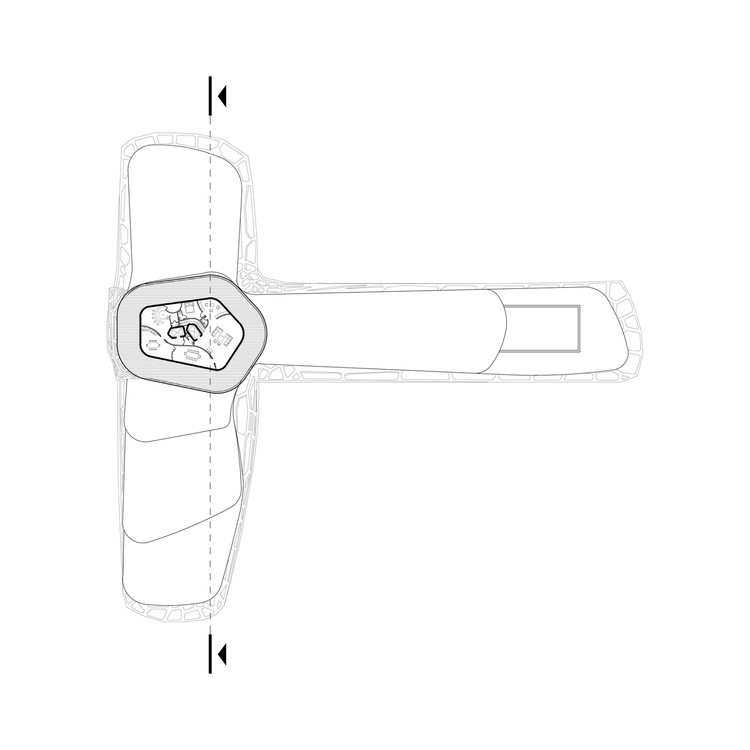 Lifting the building above the street level allows for a green square beneath the building that increases the area of the existing recreation zone. Suspended elevators provide public direct access to the buildings amenities, serving as the primary infrastructure linking the building to the ground.

The amenities are organized throughout the building in three parts. The lowest part of the building consists of the nightclubs, while the midlevel’s offers the public programs for both business and pleasure. The midsection is comprised of a business center, retail space, restaurant and a spa center with a semi-Olympic sized swimming pool, along with the lobby and security access for the hotel.

The upper portion of the building is dedicated to the hotel. As all the floor slabs consist of the same depth and size, the structure tapers inwards towards the top to allow for balconies for the single and double rooms, and terraces in the suites, aerial villas and the presidential suite.