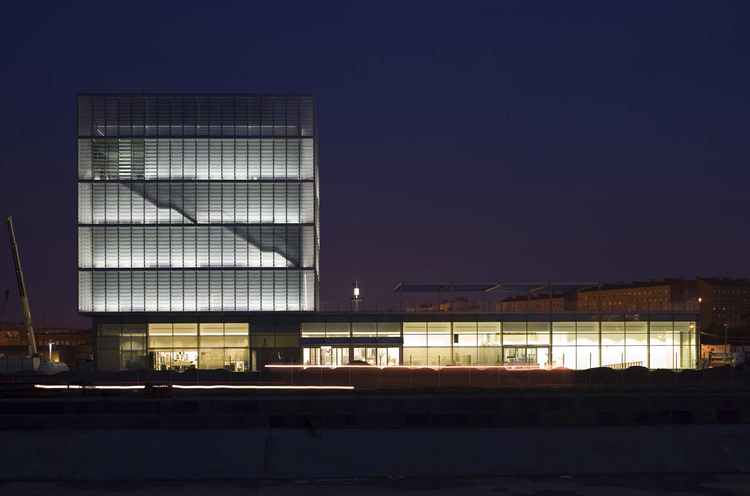 The building consists of two prismatic volumes. The volume corresponding to the ground floor establishes the closest relationship to the avenue.

The entrance appearing as an insert in the encircling glass wall where a clearly horizontal proportion emerges above a covered garden area, the covering intended to encourage the use of the area.

The orientation of the volume of the ground floor, (the most public of the zones in the building) gently slides towards the east the volume of the four floors with its central core, a flexible organization of the different floors is thereby allowed and the under cover area’s vertical position is reinforced by the encirclement of its area.

This volume characterized by the autonomy proportioned to its projection by the inner body and by its double vitreous skin formed by the crystallized inner façade and the enveloping glass panes which are arranged at the far end of the boundary of the footbridge which surrounds the upper floors.

Respecting the quality of the thermal and acoustic controls which this system intends and adding to it to the role of giving the building a changing and multi-faceted feature as part of the reflections which the different angles of the sun can produce in the different facades proportioning a singular vision within strict volumetric perimeters which must strengthen the long-term outlook of the building.