Text description provided by the architects. The idea of the DomoLab emerged in 2007, following the first Batimattradefair where eleven companies of the Saint-Gobain group were together on the same stand. It springs from a shared wish of the marketing and research department : to use the diversity of skills and the jobs complementarity in order to create a permanent dynamics of innovation for the Group’s strategy.

CONTEXT
Located on the Saint-Gobain Recherche site at Aubervilliers, Domolab is situated in the nineteenth span of the imposing building, restored in 1999 by architects OdileDecq and Benoit Cornette.
Used as a warehouse of materials required for the research activity, the span 19 has undergone a complete renovation, from a shed non-insulated to a low energy building (BBC). This was an opportunity to implement the expertise of Saint-Gobain for thermal renovation.

STRATEGY OF THE VACUUM
Building an innovation center supposed to imagine a sufficiently soft and flexible space to accommodate the presentation of what would be novelty in the future. By definition, innovation is resolutely turned towards the future and such a center must be open and reconfigurable.
The majesty of the volume released from the ship led us to retain much empty space, without built-in function. The central space is available and easily appropriable for temporary events or subsequent developments.

ROUTE IN TRAVELING
To accommodate the different actors of the habitat (architects, consultants, developers, manufacturers, institutions) for targeted visits required to create rhythms and course in different environments. Taking advantage of 11 meters Ridge, the spaces are organized on three levels. A large wall of inspiration, whose form is a homotéthie of the span, articulates on one side the entrance with the airlock and on the other side the 3D projection room overhanged by a mezzanine where one discovers the entire nave. A lateral passageway can reach the soluthèque, which extends at the second level with a salon nestled in the assemblies of the existing structure. The workspace (office and meeting room) are perched on stilts and open to the sky.

GREY-WHITE-RED
The performance of thermal insulation envelope results in a double inner skin in a light gray tone, on which stand out in pure white the volumes of the workspaces.
This subtle harmony contrasts with a deep red at both ends of the building. They are tint ereas from floor to ceiling to dramatize the space and focus attention: In the entrance, it is a case to be lost endlessly in the proliferation of light entertainment. In the soluthèque, it is a panoramic framework to discover the extent of the Saint-Gobain skills.

GAMES FRAMEWORK
We chose to build in wood structure in line with the existing structure enhanced by a single blast. A colorless glaze assumes added new elements, posts and rafters of the passageway. For each of the new built elements, the same set of rules : do not disturb the integrity of the farms structure.

RENOVATION/ OBJECTIVE LOW-ENERGY BUILDING
Attaining an optimal level of comfort in the summer without installing an active cooling plant was one of the primary objectives in the transformation from uninsulated hangar to a highly efficient BBC building.To begin with a high level of both attention and precision in all phases was required to develop and insure the continuity of thermal insulation placed on the interior of the building. In order to obtain a high level of thermal performance, it was essential to reduce thermal loss to a minimum. Attention was therefore focused on avoiding thermal bridges and insuring the airtightness of the envelope. 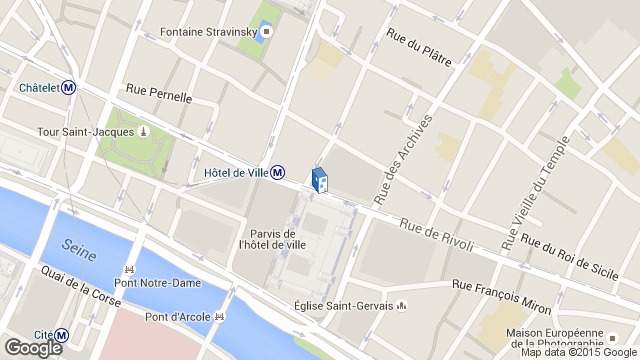 Location to be used only as a reference. It could indicate city/country but not exact address.
Share
Or
Copy
About this office
ENCORE HEUREUX Architectes
Office
•••