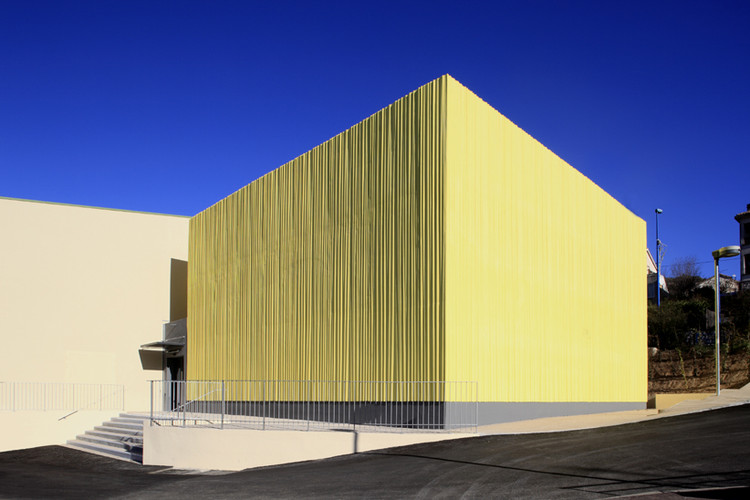 Text description provided by the architects. The building of the gym in Tourrette Levens is part of a plot where is erected a secondary school, and a gymnasium. This new building reserved for students and associations is intended for gymnastics and circus.

The program simplicity led us to reflect on the plastic side of the project. In fact, the area of study of the circus, put out the physical and moral development, includes a cultural, artistic, and social. The transience of the circus that is assembled and disassembled in cities remains in the collective unconscious. Our project is an allegory of the circus tent.

The idea is simple " a concrete box that was covered with a cloth ". Concealment becomes mystery, and make us perceive differently what was commonplace before.

We wanted to create a sculptural object concealed and packed in a skin of concrete, corrugated as a wavy stage curtain. The yellow ocher color gives the blind walls an expression of lightness heightened by the fact that the stamped concrete does not touch the ground. Because of this, the object, which could have been a simple gym, takes an artistic dimension.

The volume chosen is voluntary simple : a rectangular parallelepiped of 14 meters wide and 8 meters in height in continuity of the existing gymnasium and detached from it by the volume of the entrance hall and deposits, which is less high.

By its presence, the project aims to complete the overall design of the existing sports facilities, by standing as a new south gable.

A single material wraps all the facades of the object. It walls are made of a stamped and painted concrete called "draped concrete" with a texture reminiscent of stage curtains.

The texture of the drapery is obtained by using two alternating matrices of slightly different patterns, but the same height as the concrete shells, specially designed for the project. Those walls have been casted all the way up, and the self-placing concrete has been poured in a single process so as not to reveal a horizontal joint.

The vertical ones disappear in the pattern of the drapery. Inside the room, a natural light is achieved by the presence of two major openings, not noticeable from the outside, a glass square on the roof, centered on the room, and a horizontal window in the north facade.

In this volume, the human scale is found by the calpinage at the bottom (2m50), a bounding of impact resistant OSB panels. And at the top we used acoustic wood wool insulation panels. The ceiling is made of raw concrete.

A direct connection to the existing gymnasium was constructed to promote exchanges between the various sports.

By this project, the idea of a building disappears in favor of an object carved in relation to its context and program. The rationale for the staging of such an object lies in the definition of the close relationship between sports, circus, entertainment, art, and social. 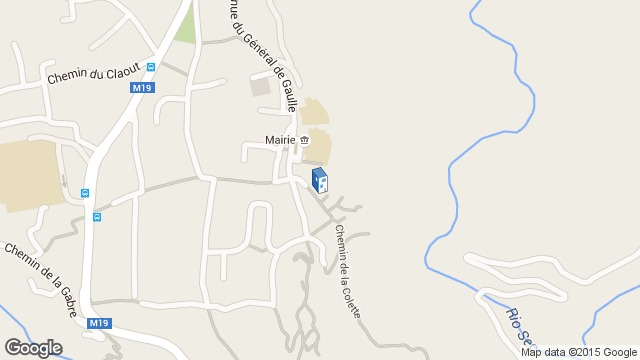