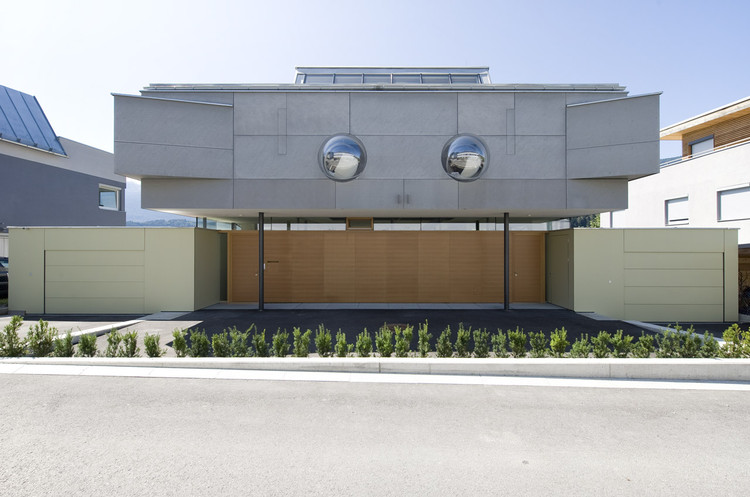 Text description provided by the architects. Years ago, the clients had acquired the plot: a piece of grassland in open landscape, with panoramic views into the surrounding Inn river meadows and the mountain peaks of Tyrol. When planning started, the entire neighbourhood had already been developed very densely and heterogeneously. Everyone agreed to establish as a main idea, that the close surroundings should be masked, and only very selected views into the distant landscape should be defined.

The couple, both very committed professionally, desired to have generous living spaces which should relate to garden and landscape, and offer retreat and regeneration. Their two daughters imagined a tower, in which spaces are piled up high.

The resulting spatial concept inverts the idea of the common detached single family house: secondary rooms and garages are packed into two green boxes and pushed sideways towards the property lines, like the usual hedgerows. In between the green boxes, a large living space opens into the garden. Above, on a glazed gap, hovers a compact volume containing bedrooms and childrens` spaces. These individual rooms are arranged around a central space with work desks and reading places, which offers the only direct visual connection to the street: two perspex hemispheres with transparent Bubble Chairs swinging and turning between inside and outside.

Any other façade openings swivel out as narrow blinkers, and strictly define particular views into the mountains. They relate the inside spaces directly, or indirectly via mirroring surfaces, to the distant landscape outside. Legally counting as bay windows, these blinkers are allowed to penetrate the setback to the neighbours and the street. Generally, building laws have been played with to their limits. A vertical crevasse with skylight and glass surfaces connects all levels, from the climbing wall in the basement up to the interior facades of the childrens´sleeping galleries. Through the large glazing of the shed roof, soft northern daylight pours down into the depth of the house, and the kids peer from their sleeping platforms over the neighbours´roofs into the mountains. Emphasis was put on a very economical use of space: particularly on the upper floors, the spaces are rather small and densely interwoven. The superimposition of multiple vertical and horizontal spatial relations nonetheless results in a lavish atmosphere.

In its first year of use, the house turned out to be extremely energy efficient. Not looking like an eco house with its large glazing, rather conventional insulation and a vivid building skin, its energy consumption hardly exceeds the Austrian passive house standard. 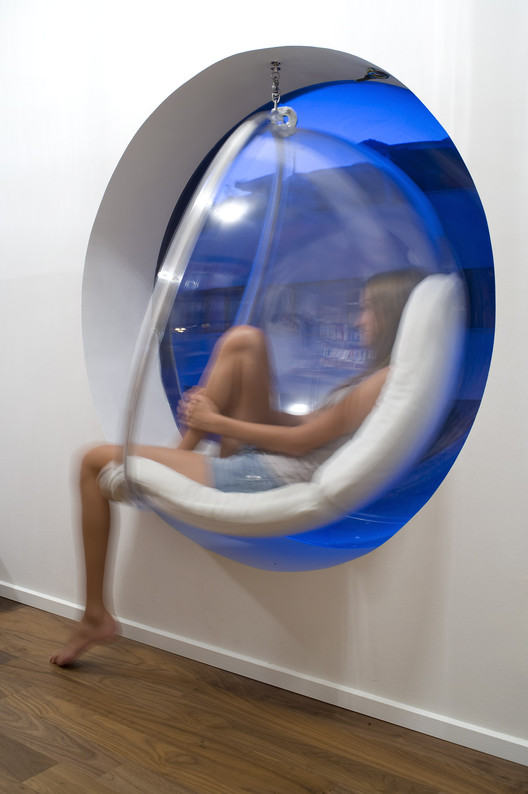