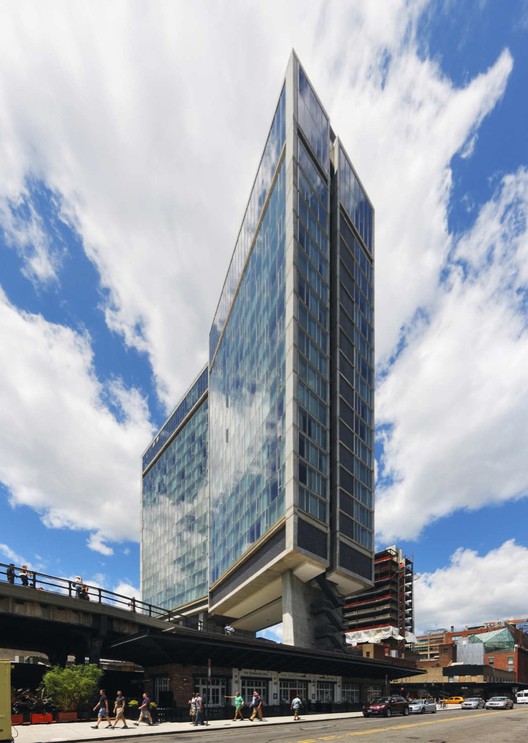 Text description provided by the architects. The design for this new hotel deftly responds to its unique urban context and client, creating a singular identity while reinforcing the historic industrial fabric it towers above and integrating a new linear public park. The 337-room, 204,500-square-foot Standard, New York is located in Manhattan’s Meatpacking District, a vibrant neighborhood of roughly twenty square blocks just east of the Hudson River and west of Greenwich Village on the City’s edge. The eighteen-story, concrete and glass structure defines the New York City identity of the Standard brand and in its material quality, its proportions and its relationship to the High Line and the street, engages its context through contrast. The building is elevated above the street and straddles the High Line, an abandoned section of a 75-year-old elevated railroad line, which passes over the buildings of the district and is currently being developed as a new linear, public park.

Identity / Visibility: The Meatpacking District is an architecturally rich, mercantile district constituted principally of two-story 19th and 20th-century manufacturing, residential and commercial buildings whose activities were historically linked to the waterfront. Although characterized as “New York’s most fashionable neighborhood,” the district retains traces of its colorful past, including the eponymous meatpacking plants and the counterculture that emerged in the 1970s. The industrial buildings and manufacturing lofts currently support a range of uses from meat packing to high-end retail and restaurants. The building is situated at the intersection of two urban geometries: the street grid and the High Line, which meanders north from Gansevoort Street to West 34th Street.

The building responds to its context through contrast: sculptural piers, whose forms clearly separate the building from the orthogonal street grid, raise the building fifty-seven feet off the street, allowing the horizontally-scaled industrial landscape to pass beneath it and natural light to penetrate to the street. The two slabs are “hinged” – angled to further emphasize the building’s distinction from the city’s grid and its levitation above the neighborhood. The low-scale context affords the building unusual visibility from all directions, and its interaction with the High Line creates a stepped transition from the street, shaping distinct public spaces that afford visitors unique views of the City from all directions. Further unobstructed 360° views of the City are ensured from the building.

Engineering Achievement: The owner of the High Line would not allow shoring from its historic structure. To clear the easement 30 feet above the elevated railroad bed, a transfer structure spanning nearly 90 feet between exposed concrete super columns and the East Pier was required. However, the erection of post-tensioned concrete transfer girders would have been onerous and prohibitively expensive. Instead, two 65-ksi steel trusses support the eastern half of the hotel tower. A multi-step cantilevered shoring procedure was employed to install the two-piece trusses. The top chords of the trusses are embedded in a 37-inch-deep concrete transfer slab, creating a large double-tee profile. The composite action greatly reduced steel tonnage and optimized the efforts and efficiency of both materials. 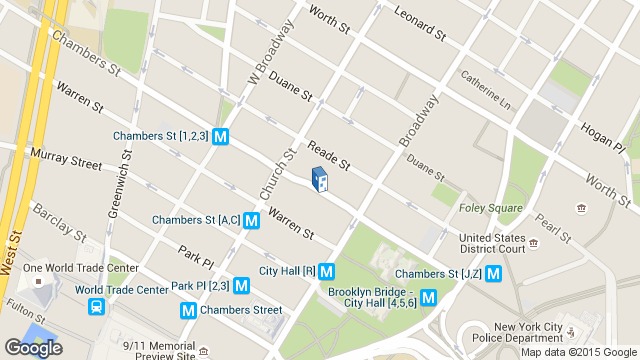