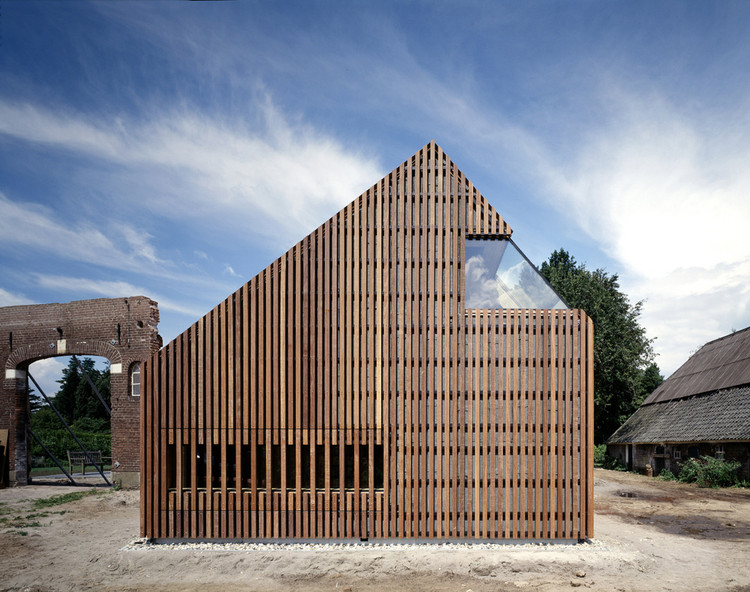 Text description provided by the architects. How can the historical and spatial qualities of an old farmyard, with all its various outbuildings, be retained when the new function is that of a family residence?

The livestock barn which formed the stem of the traditional T-form farmhouse is demolished and replaced by a new building. This new extension attaches itself precisely to the opening left by the removal of the original barn, thus retaining the T-form. The new volume is skewed in plan giving it a distorting ‘pulled and dragged’ perspective.

The existing farmhouse and outbuildings are divided programmatically from the new extension. Living accommodation is situated in the existing building with the adjoining part of the extension housing a large open kitchen space and the entrance, situated between the new and existing. The workroom, guest accommodation and garden store are all located in the remainder of the new volume separated from the living spaces by a large conservatory. The freestanding barn is retained with an option for a future swimming pool conversion.

The load bearing construction of the extension consists of a series of solid prefabricated wooden plates. They define the building’s internal finishes and influence the quality of the interior space. By cladding the roof and elevations with a continuous skin of horizontal timber laths, the façades simultaneously have the appearance of being open, semi-transparent and closed.