Text description provided by the architects. The new building that houses Basque Culinary Center the head-office is located in a tangencial site to the Miramon Technologic Business Park. This condition of proximity with the very steep slope of the site assumes the start point of this architechtonic proposal.

On the one hand the building becomes the icon of the Gastronomic Science University, showing towards the exterior an image based on the technologic and innovation leadership, but on the other hand, it respects and interacts with the scale of the low density quartier where it settles down. It´s because of this dual condition why the building makes the most of the slope to organize the functional programme from the upperside to downside, locating the public areas in the access floor, allowing the speciality of the programme while going down, while entering the building.

The volume takes an U-shape, through which the way down the slope it´s allowed, without forgetting the fact of gaving shape to an interior space through which all the circulations are developed. This way a space full of activity is configured, where all the relationships and interchange take place as two determined elements for the innovation act.

From a functional point of view, it has to be mentioned that this diagram let organize the use programme in a summarized way, in three groups, one of them related to the Academic area and one another to the Practise area and the last one to the Research area. Bringing together in a vertical way all the spaces related to the Gastronomic Practise area, as the changing-rooms, ateliers, precooking kitchen, access to raw and other kitchens, we get the interconnection between them for people and food in a straight way.

At long distance the building shows the different levels that give shape to it, comparing its scale to the buildings of the Technologic Business Park, while at short distance the roofs become areas used for cultivation of edible and aromatic plants, almost neutralizing the effect of the building towards the closest semi-detached housings.

From a conceptual point of view, volume generation is based on the scale work between the iconographical image (piled up dishes) and the building itself.

The artist Robert Therrien (Chicago 1947) handles daily kitchen objects as dish services, pots,.. to uplift them into artistic objects, by means of accumulations, scale multiplications… The plane character of these objects take contrast with their iconographical presence when they assume their new dimension. 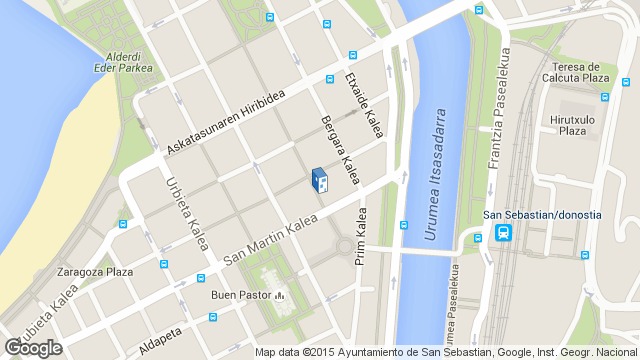 Location to be used only as a reference. It could indicate city/country but not exact address.
Share
Or
Copy
About this office
VAUMM
Office
••• 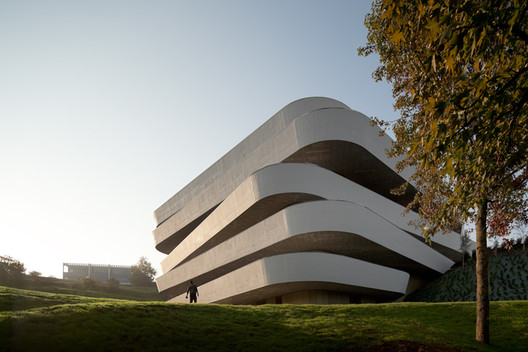