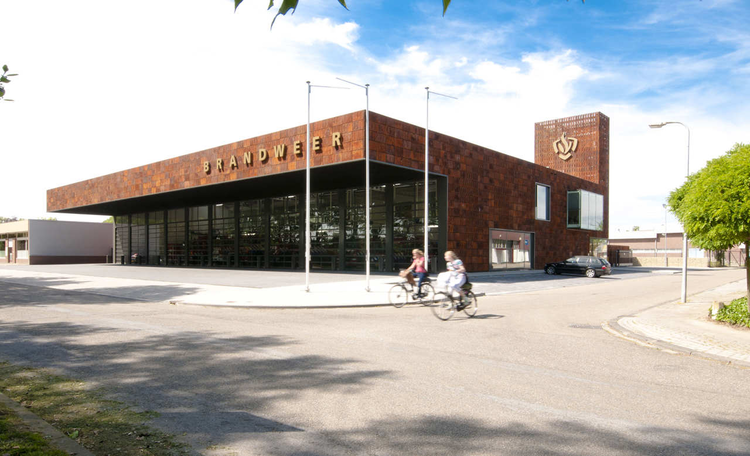 The new fire station of the district Weert has a role as District Office and it is the base of the fire-brigadeWeert. The new building is located on the same plot as the former fire station. The limited location in relation to the programme was one of the reasons for a compact organization. To realize this the classroom, cafeteria and fitness room on the first floor are suspended, as transparent volumes, to the steel construction of the remise. The compact organisation of the Fire Station makes an efficient process and logistics possible, which is of urgent importance for the operation of the fire brigade. Transparency, both in the outer shell and internally causes different parts of the fire service to be connectedand that the operation of the fire brigade is visible from the outside.

The building has a recognizable appearance because of the striking design and firm materialisation. The facades are made out of in cast iron panels, which are equipped with a raised, recessed or perforated pattern. By positioning the new fire station free on the available location and by giving the building a special architectural appearance it has become a recognizable and durable building. The fire station has both a tough and functional as a transparent and sympathetic appearance, matching the appearance of the fire-brigade. 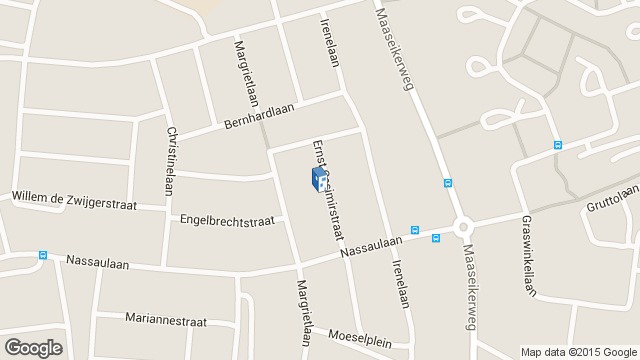