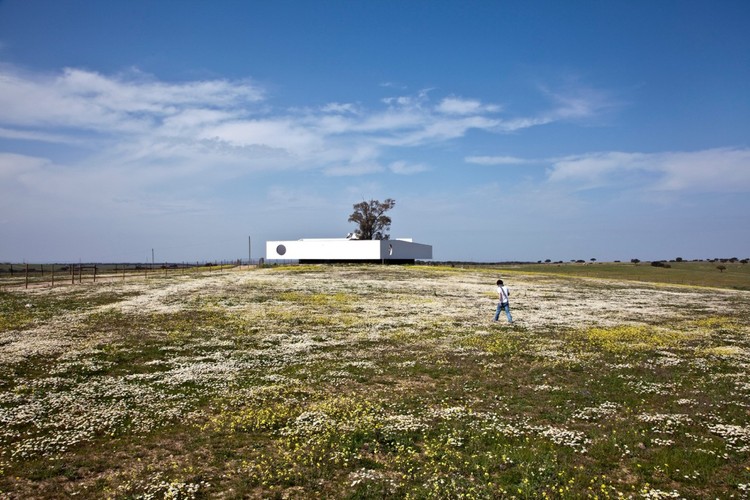 In a protected area, classified as Natura 2000 Network, the intervention looks for to organize the functional program transforming the three existing buildings in order to allow biggest area for the requested program, with lesser occupation of the ground.

The buildings acts as elements of support of a structure that is raised above the land and keeps suspended, organizing a set of patios and pathways between the several functional parts, allowing to preserve the ground intact and permeable.

The construction is suspended a meter above the more raised quota of the land, defining private patios around the building of the residence and designing and entrance, on the opposite side of the 55 x 27,5 meters rectangle, where the land became lower.

The center of the set is marked by a bigger patio, which organizes the other buildings, covered exterior spaces and pathways of the station, around it. At the ground, the suspended plans fit long horizontal views of the surrounding landscape.

Beucause of it’s extreme isolation, the station as to remain self-suficient in terms of energy and water supplies, what it is possible due to the photovoltaic panels set in the roofs, and by a deposit that stores the rainwater. 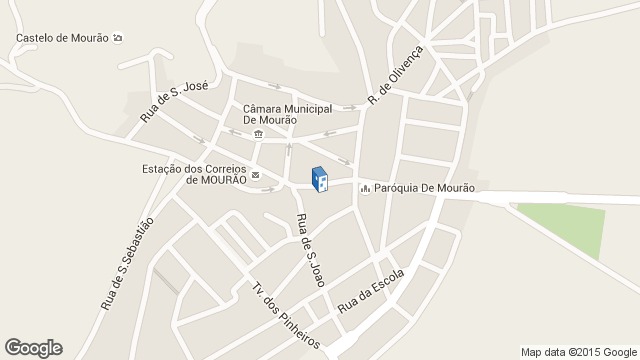 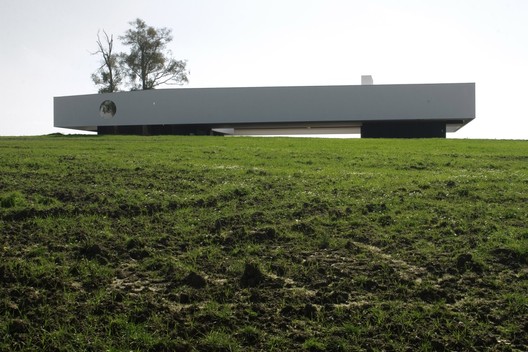 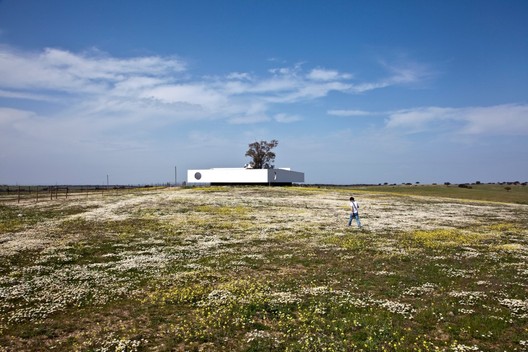