Save
Local Government Headquarters in Gerona / Fuses i Viader 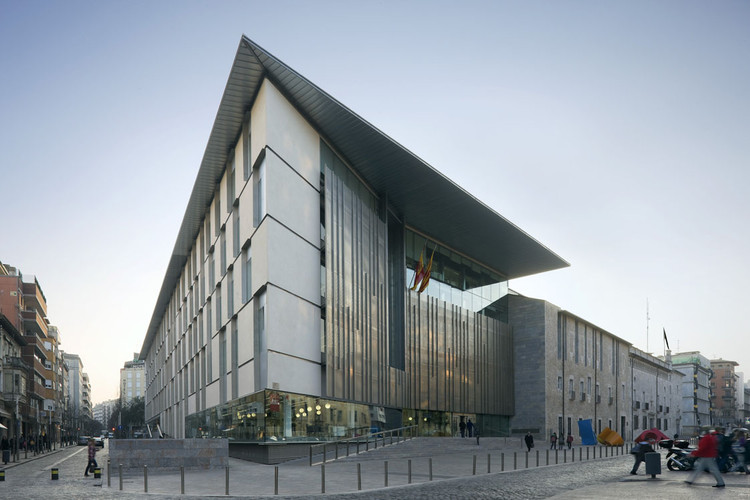 Text description provided by the architects. The new building is an abstract framework that revalues the old hospital building and is understood as an enlargement of the existing volume rather than an isolated construction. It has a simple geometry that responds to the neighbouring urban layout.

The historic building is rehabilitated by releasing it from the added-on bodies that notably altered its original typology, such as the 19th-century body that obstructed the apse of the chapel or the 20th-century volume in the south-east corner. The project restores very significant elements like the façade on Plaça de Pompeu Fabra, the noucentista sgraffiti of the Magnolia Courtyard or the Baroque ceramic balustrades of the first floor, former halls of the Hospital.

The project also emphasises the pedestrian nature of the entire complex and its permeability towards the city with an inner square and a series of covered passageways. It formally reinforces the two main entrances to the inner square and also the singular historical spaces: the neoclassical chapel, now freed of added bodies, and the recovery of the vestiges of the old wall, today buried, which marks a boundary between the Gran Via and the gardens behind the Hospital.

The semi-basement required in the rules of the tender becomes an open-plan floor at the level of the inner square, lying 1.50 m below ground level, which allows the 17th-century wall to emerge.

The overall design of the building incorporates energy-saving criteria, the simplest and most efficient in terms of maintenance: interior courtyards, natural cross-ventilation, static sunscreens and awnings.

Car parks have been created under the Pompeu Fabra and Hospital squares and under the new building, and the roadways and pavements of these squares and Carrer de Joan Maragall have been redesigned to give priority to pedestrians. 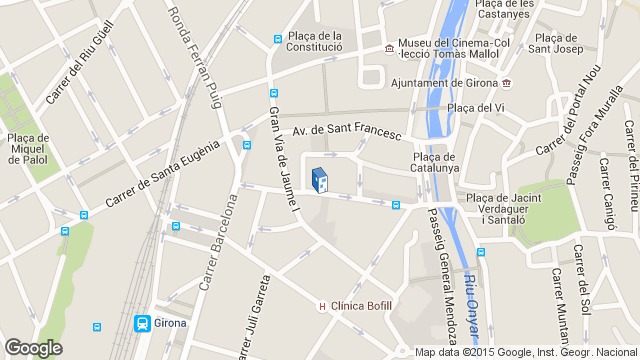 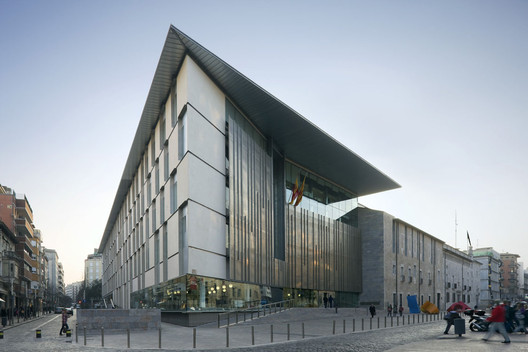