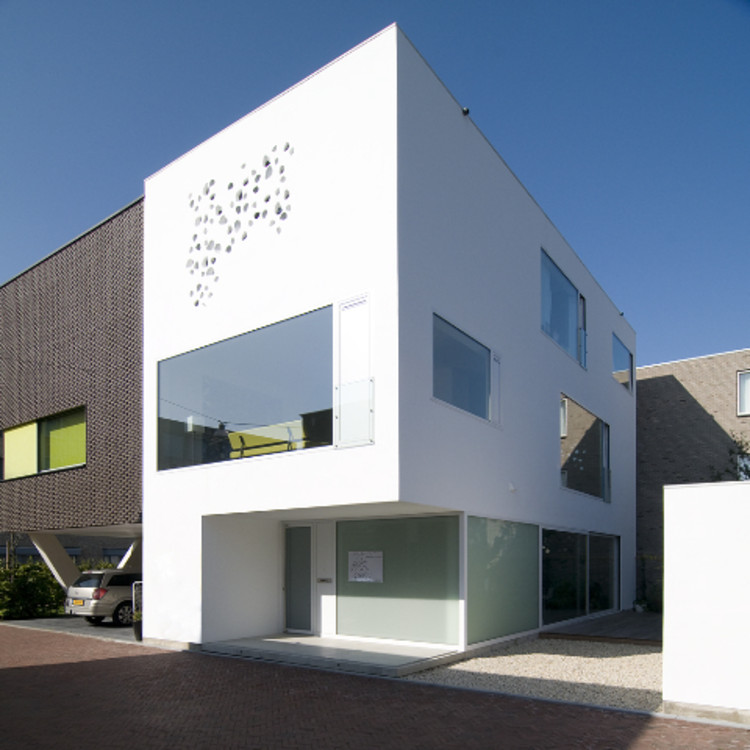 Text description provided by the architects. The "kas di coral" project is located in the new district "de Linie", which is part of the urban area Europa Park in Groningen, Netherlands. In 2001 the undeveloped district was the scene of the Blue Moon manifestation. An event directed by Toyo Ito where a temporary symbiosis between architecture and visual art was created.

The urban plan of ‘de Linie’ is designed by Wiel Arets. It is characterized by a particularly high urban density. The plot size is 12m wide and 15m deep.

Some requirements of the quality plan are: flat roofs, placement of buildings directly on the street and one of the side property lines.

Just like the Blue Moon manifestation the 'kas di coral' project is a fusion of architecture and art.

The house is designed by Sipke Kingma / Bahama architects. The facade design was created in collaboration with the visual artist Tanja Isbarn.

The main structure of the house follows, highlights and reinforces the strict preconditions of the quality plan. The building is orthogonal in nature and there is a strict organization schedule based on the floor plans. The outward appearance is entirely white.

As the name 'Kas di coral' shows, there is a special connection with the Netherlands Antilles, here specifically the island of Bonaire.

The aesthetic concept of the perforated facade in the 'Kunst am Bau' project Muraya di coral, derived from fossilized coral mass which is the basic substance of the atoll island Bonaire.

The two wall surfaces directed towards the public space are perforated with organic holes in the concrete. The Oblique cuts of the holes allow day light to fall into the interior of the three floors of the house in a very surprising way. Throughout the day a changing light / shade situation appears in the house and it’s walls. In the evening that variable perception game is then addressed to the outside.

The contrast between the fragile beauty of the coral, the coral reefs and human development of ever more distance and distortion of this nature is reflected in the appearance of the living organic patterns and tight sterile architecture.

It is obvious that in this concept effciently energy use was sought after. The heating and hot water demand is supported by 10 m2 of solar panels on the roof. The use of daylight has the highest priority, as a source of passive energy. The whole house is equipped with LED lighting.

The house reflects the contradiction of human development in distancing from nature and at the same time depending on her, forming a symbiosis as a new interpretation of some kind of cultivated origin.

The current draft interprets the dilemma of human development with the immanent dependence and simultaneous distancing from nature. 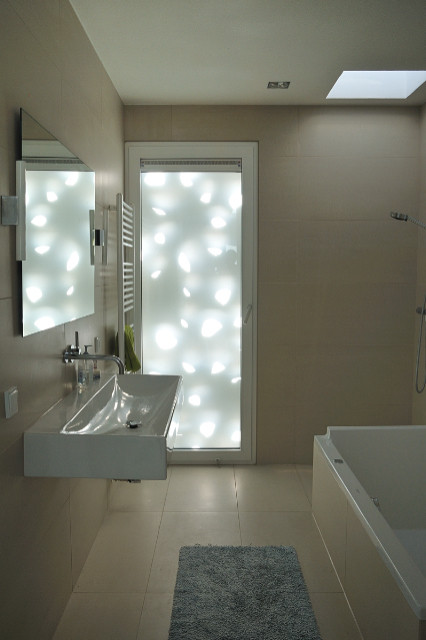