SFMOMA reveals the design for the museums new expansion, designed by the Norway-based architecture firm Snøhetta. The expansion transforms the current Mario Botta-designed building into a scale that “meets the museum’s mission.” Increased public circulation, flexible gallery space and intuitive navigation are a few of the projects main goals.

Continue after the break for more information, images and video. 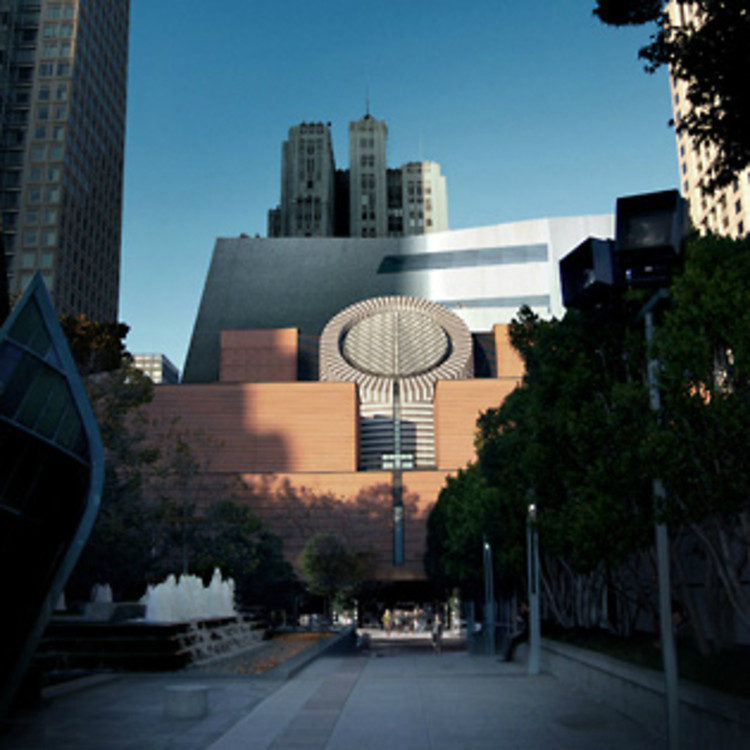 The new expansion responds to the physical and urban terrain of San Francisco. A series of stairs and platforms lead visitors into the museum, echoing the cities trademark circulation networks of “paths, stairways, and terracing”. The increased network of pedestrian routes intends to enliven the streets, while free ground-level galleries entice people to enter.

“Intuitive navigation” leads museum-goers through the 130,000 square feet of gallery space, double the current amount. A variety of education spaces directly interact with the galleries throughout the building. A large, multifunctional gallery will accommodate education programs, live performances and special events. Flexible design and lighting will allow the museum to showcase any type of exhibit.

A glass-enclosed gallery will replace the current Fire House 1 on Howard Street. The museum will relocate the facility and construct a new, state-of-the-art firehouse nearby on Folsom Street as a ten million dollar gift to the city.