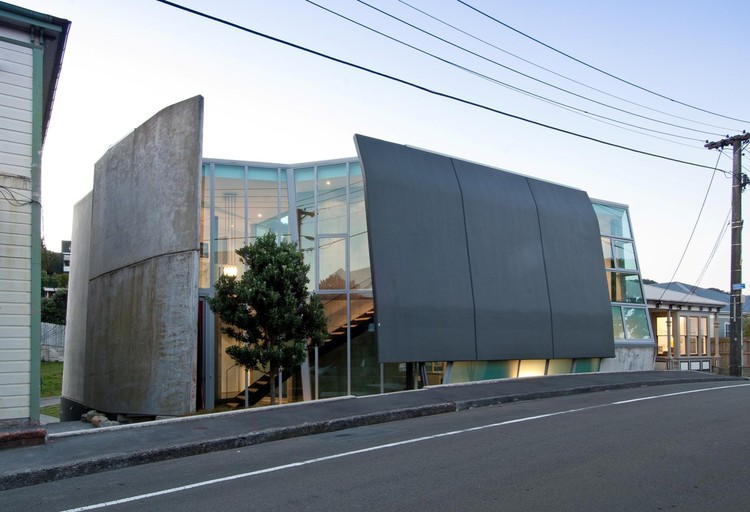 Text description provided by the architects. The key ambition of the client was to push the conventions of the New Zealand house. The client was also the builder and was interested in something that was a challenge to build. His brief called for a large house, even though the site is very small and the residential rules in the area fairly severe. This led to the development of a courtyard house, compressed into the small site and composed of three levels.

The local rules, which promote suburban houses in the middle of the site, were put under pressure and the consent process involved a great deal of negotiation. Conceptually the house developed as an active response to the taut geological and aesthetic context of Wellington; the city is amongst steep hills that are shaped by the meeting of the Pacific and Australian tectonic plates, and the architecture here is vertical and tough in response. This drove the decision to use heavy concrete elements that appear to have been jolted by large forces.

These concrete screens are arranged in various dynamic ways; leaning, elevated or floating and form the outer carapace to the house. Within this, courtyards are separated off by glass, which threads between the concrete screens. This brings the house in active and equivalent relationship with the landscape; the house is considered to flow to the limits of the site and the activities within it are part of a single space.

This makes for a dynamic social arrangement but the home has areas of intimacy and varying degrees of privacy to suit how the client wants to live in each area; it is conceptually one space but varies in intensity. The house is part of an ongoing research project and has only been possible due to the irrepressible enthusiasm and energy of its owner/ builder. It was completed in October 2011. 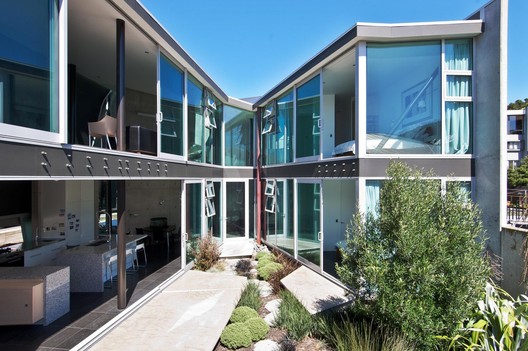 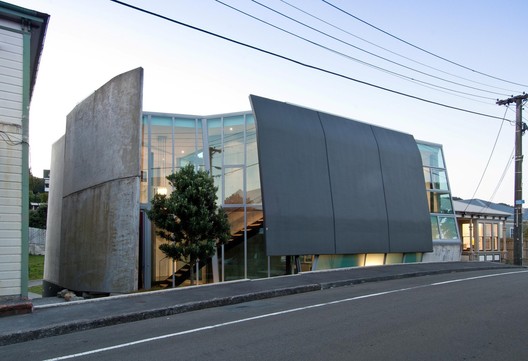