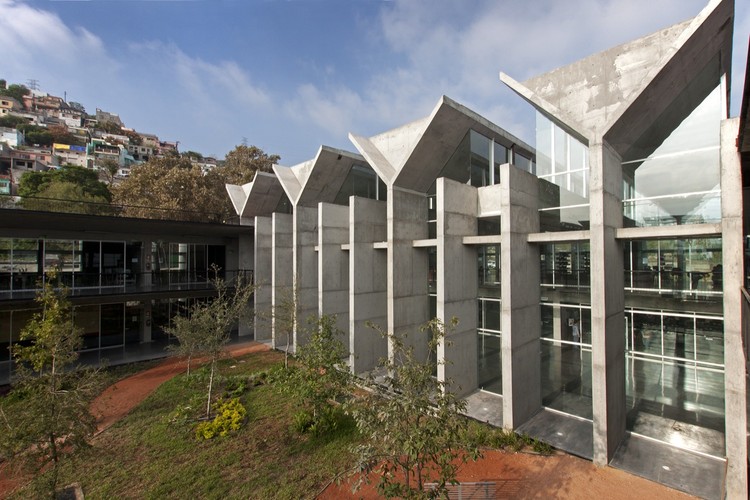 The Independencia Community Center, inaugurated in September 2011, was designed by a group of professors and students of the Cátedra Blanca, an advanced design workshop at the Tec de Monterrey, and built by the state government of Nuevo Leon. It is a 7,100 sqm building, located in the Independencia neighborhood, at once one of the most traditional and conflictive in the city of Monterrey, México. The center offers services to people in this area and hosts a series of community development programs.

The building is organized into four rectangular volumes around a garden, articulated by service modules and vertical circulations. Formally, the four main volumes are composed of load-bearing concrete frames that serve as brise-soleils. In the building’s outer perimeter, one in three spaces between the frames is assigned for air conditioning ducts and sanitary and electric installations; the rest are windows. The concrete frames and the orderly installations allow for the interior spaces to be subdivided easily and adapted to different needs.

The building’s main entrance is located in the west volume. The lobby, which is accessed through a monumental staircase on the south façade, is a double height space that faces the central garden. A mezzanine in this space houses a library and a computer lab. The ground floor has office spaces and facilities for an online high school.

Access to the north and south volumes is through open-air corridors covered by 4.8 meters cantilevered concrete slabs. The corridors’ dimensions allow them to be used as extensions of the rooms that surround them. These rooms house, among other uses, a small cinema, arts and crafts workshops and a hall equipped for cooking classes.

The building’s east volume is a mirror reflection of the west volume. It consists of a double-height hall with wooden floors that will be primarily used for athletic activities, but might also host neighborhood assemblies and social events. On one end of the hall there are locker rooms, a weight room and spaces for tae kwon do classes, aerobics and other sports.

The upper ends of the concrete frames that constitute the east and west volumes are Y-shaped. Sunlight filters between them and illuminates interior spaces indirectly. Their design was inspired by the concrete structures of many modernist markets and industrial facilities in Mexico, designed by architects such as Félix Candela, Enrique del Moral and Pedro Ramírez Vázquez. The empty spaces in the Y structures will soon be planted with abundant vegetation, which will contribute to regulate the building’s temperature.

The north and south volumes’ rooftops are terraces that afford spectacular views of downtown Monterey, about one mile away, and of the surrounding legal and irregular settlements. 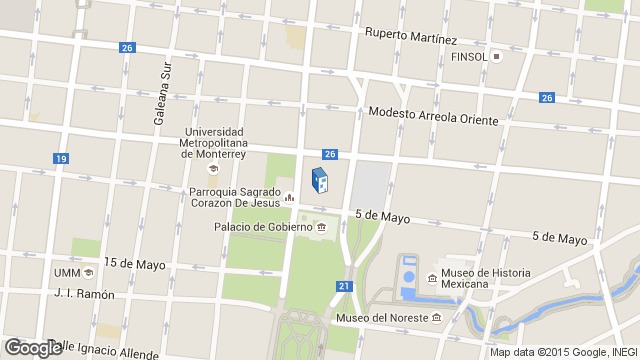 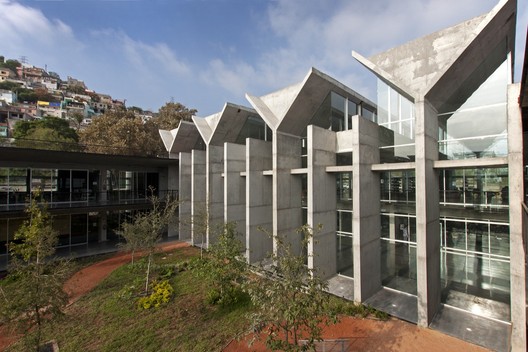