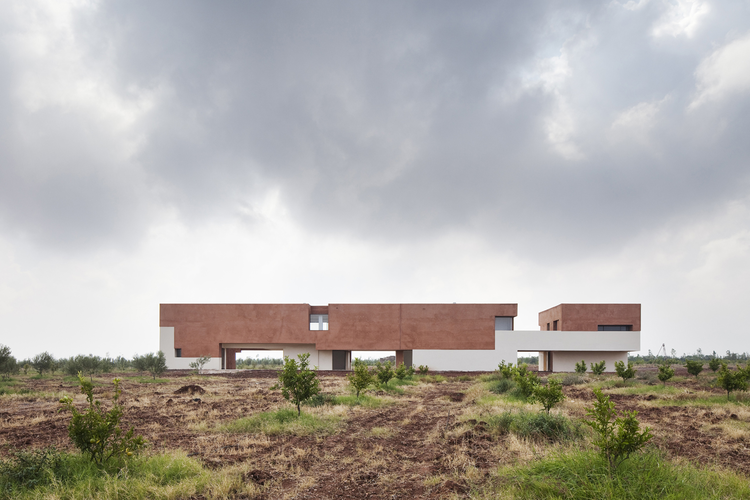 Text description provided by the architects. This project, consisting of five experimental houses within a communal farm, proposes alternative modes of domesticity and co-habitation, both within the home and between homes.

A line is not inherently a domestic form; it does not shelter or enclose. However, when faced with the challenge of placing two houses on the site in such as way as to maximize privacy while democratizing access to the view, our strategy was to place two linear houses along a single line. The two houses are sited along the same line and each house disappears from the visual sight line of the other.

Thus, we created a sense of privacy not through enclosure but through a lack of visual proximity.

Each house is one room wide and sixty meters long. The two extreme ends of the line (160 meters apart) house the private spaces for reflection, an architectural studio for one house and a yoga studio for the other. Then, as one moves towards the middle, the spaces become increasingly more public and social, with the center held by the guest quarters of the two houses (thus allowing one family to ‘colonize’ the guest quarters of the other house if needed). In each house, all the spaces benefit from a double orientation to the two different orchards and interior and exterior spaces flow into each other. 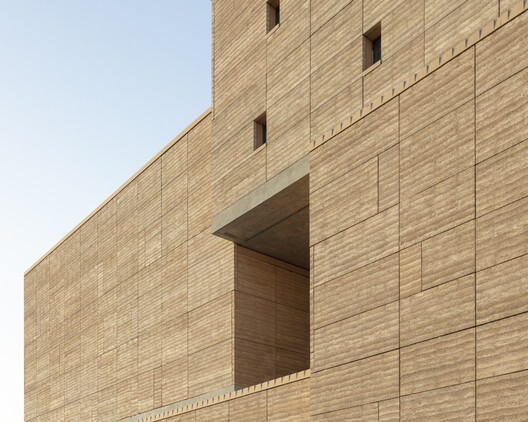