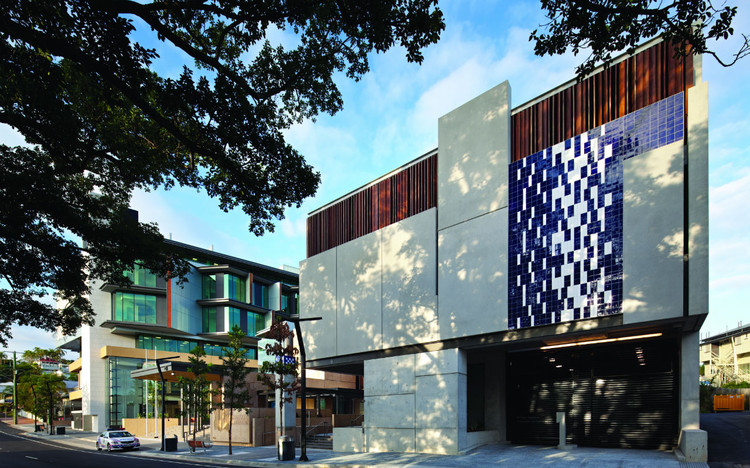 Our most compelling aim for the Ipswich Courts project was to humanise the experience of the justice system, one that is often alienating and exacerbated by typically confronting civic architecture. Simultaneously, we sought to contribute to and enrich the public realm of Ipswich, especially as the site terminates the city’s main civic axis along South Street. The generating concept was to ‘erode’ the site, forming a significant new public space rather than a building frontage to the axis, around which the sequence of circulation spaces is wrapped and engaged. This strategy concurrently facilitated clarity of organisation of complex functional requirements, especially as the Courthouse comprises both Magistrates and District Courts having different operational processes. Intrinsic to the design process was the collaboration with artists externally and internally to both enrich the spatial experiences and impart cultural relevance and meaning. In both its detail and materiality, our purpose was to embody the outstanding quality ofIpswich’s historic public buildings, the spire being also a ubiquitous characteristic across the city.

The primary conceptual aims were to humanise the experience of the justice system, express the value of the individual within it, and to generate architecture and space that enriches Ipswich’s civic environment. The key strategy was to ‘erode’ the site simultaneously creating a new public space terminating the city’s main civic street, and forming a series of human-scaled transitional spaces into and through the precinct.

The Ipswich Courts precinct both makes a new civic space for the city and creates around it a series of internal spaces that respond sensitively to the innately stressful environment of the justice system. These experiences are enriched by our collaboration on the project with nine artists, including local artists, whose integral work imparts identity and value to people of diverse cultural and social backgrounds.

Together with its adjoining Police Station, the precinct responds to its immediate context by forming as its heart a public external space aligned with the civic axis of South Street. At the macro-scale, elements such as its spire and its materiality reference contemporarily the city’s rich character of public and civic buildings.

The Ipswich Courts design process was also unusual in involving artists from the outset, enabling each to be intimately involved in the conceptualisation and manifestation of the spaces as well as the performance roles of their work.

Ipswich has both gained a justice precinct already renowned within the judiciary of Queensland as the State’s most effective and efficient, and a civic architecture that contributes significantly to its public realm. 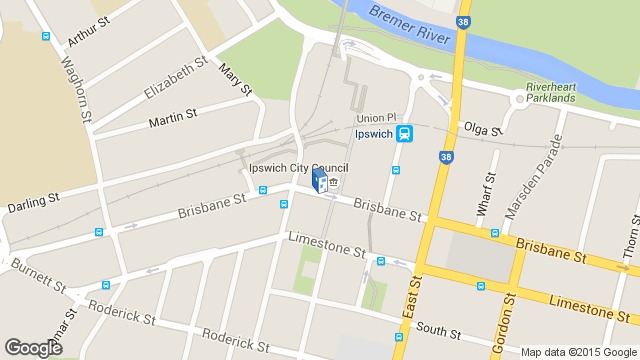 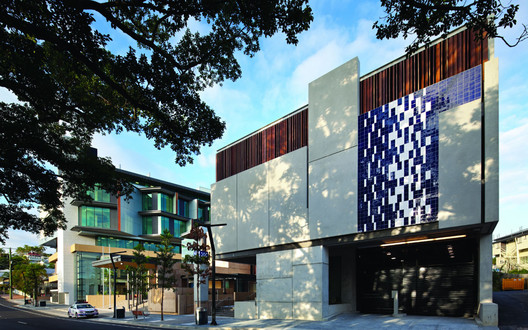