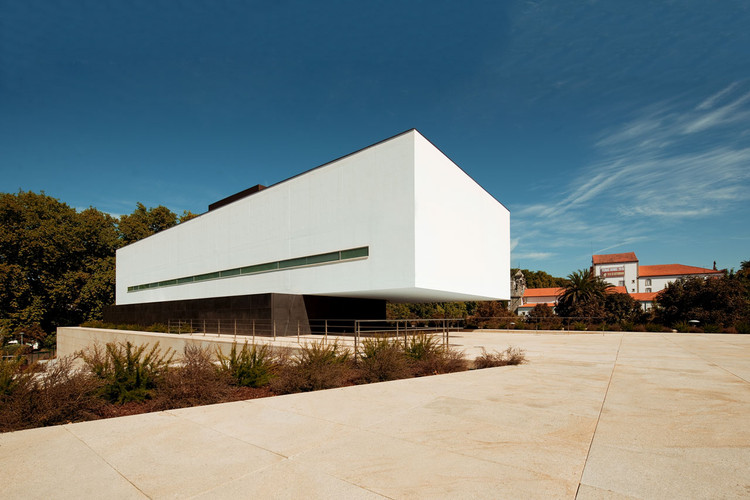 Text description provided by the architects. The IN LIMA Hotel & SPA is located at the entrance of the village of Ponte de Lima, Portugal's oldest town, characterized by its medieval architecture, its Roman bridge and the natural surroundings overlooking the Lima river.

Connected to one of the town's public gardens, that becomes once a week a marketplace, the hotel benefits from the rooms' terraces and the reception and restoration areas of a magnificent panoramic view over the Lima river and its Roman bridge as well as of the wide avenue of plane trees that shades the architectonic ensemble of the convent of Santo António.

The building is materialized by a white concrete volume, closed on the west and open on the east, balanced on a wedge of copper and glass, placed on a monolithic stone base of Ponte de Lima's yellow granite. This is intended to establish with the convent and the chapel of Senhora da Guia, a trilogy that frames the garden spaces. The position of the main white concrete body, perpendicular to the street, and the overhang that houses the hotel entrance, allowed to create views of the architectural ensemble of the convent and finish the residential and commercial building whose extension was brutally interrupted.

Kept below the sidewalk and lower garden level, the basement includes the technical and service areas, a conference room, 10 rooms and a spa. The ground floor is dematerialized by a large glass that shelters the reception, the restaurant and the terrace areas, while the white concrete volume contains the remaining rooms and suites with terraces.

This time, the complicated configuration of the terrain assigned to the hotel construction and the lack of continuity between the built elements, which constitute the entrance to Ponte de Lima, led to the design of a volume/autonomous object, whose function is to improve relations between the buildings and establish new dynamics able to provide the area with a little more urbanity. 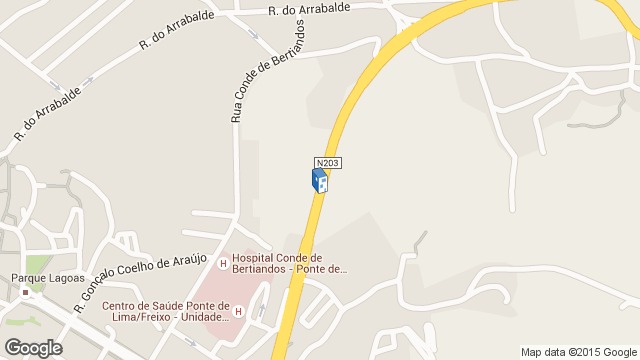 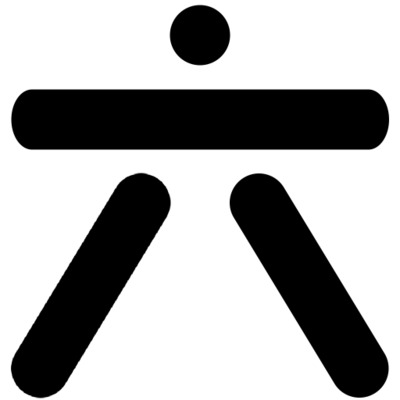