Save
AD Round Up: Kindergardens Part I
Share
Or
Copy

Our first step in educational backgrounds. It’s where we cry during our first day and probably where we make our very first best friend. Maybe, one of the most important places in our eary years. So to start this week of Round Up, we bring you our previoulsy featured Kindergardens.

Skanderborggade Day Care Centre / Dorte Mandrup The client wanted a three unit daycare institution/nursery school, holding the potential for conversion into kindergarten units, composed of three rooms for three respective daycare/nursery groups, each with an accompanying changing room, a common room, cloakroom, kitchen, administration and secondary rooms. The district zoning plan mandated institutional buildings of no more than one storey. To maintain a fire partition, all of the facades on the property line facing the courtyard must be windowless (read more…)

Kindergartens / 70ºN Arkitektur The kindergarten is organized in a number of longitudinal zones from the exterior playground, the roofed outdoor terraces that gives a good micro climate (very important in our rough climate), ‘the indoor street’ with water-play areas and a winter garden feel to it, the bases and to the innermost reading nooks and mezzanines. These zones contribute to make a soft transition from the exterior to the interior spaces – from the exposed wide landscape to the intimate zones. The ‘rough’ wardrobes, the kitchen and the playing rooms are peeking out of the facade (read more…)

Day Care, Kindergarten and primary school / Jordi Badia This elementary school is divided into two parts: The classrooms on one level and a lower section housing the cafeteria and the Gym. It was built in two stages so that classes could proceed in the old building, which is on the same site. In the first phase the classrooms were built on the ground floor and on two upper floors, aligned to one of the corridors. The dining hall and the gym were built in the second phase, when the pupils had moved to the new classrooms. The classrooms are on a strip, aligned to the street, between common walls (read more…) 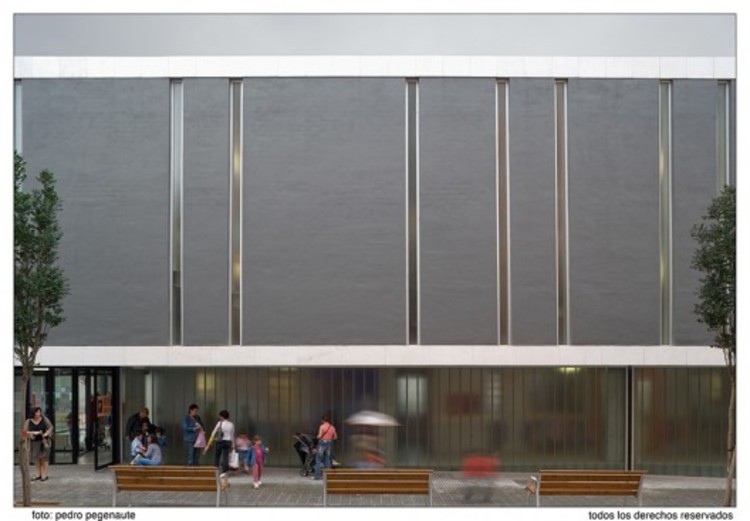 Taka Tuka Land / Baupiloten Within the scope of the refurbishment the Baupiloten created a completely new conceived world from the temporary structure of the kindergarten as imagined by the children. The results are interactive and communicative interior spaces as well as a multifunctional façade according to Astrid Lindgren’s story. The construction costs were extremely low due to the recycling of material and the economical renewal of the damaged building substance. Concept design started in 2005 and completion was in March 2007 (read more…)

Sansaburu Parking & Kindergarden / Vaumm Settled down on north and west side, the building opens towards the south and south-east, the most open and furthest direction from the walls, batters and staircases that give shape to the park. The diagram of arrangement works out in both floors, the entrance from north face of site and from there, the different elements are organized in two arms, hugging the court. The classrooms are thought to catch the sunrise, within the timetable of the nursery school (read more…)

ArticlesKindergardenAD Round Up
Cite: Sebastian Jordana. "AD Round Up: Kindergardens Part I" 31 Mar 2009. ArchDaily. Accessed . <https://www.archdaily.com/18382/ad-round-up-kindergardens-part-i> ISSN 0719-8884
Save