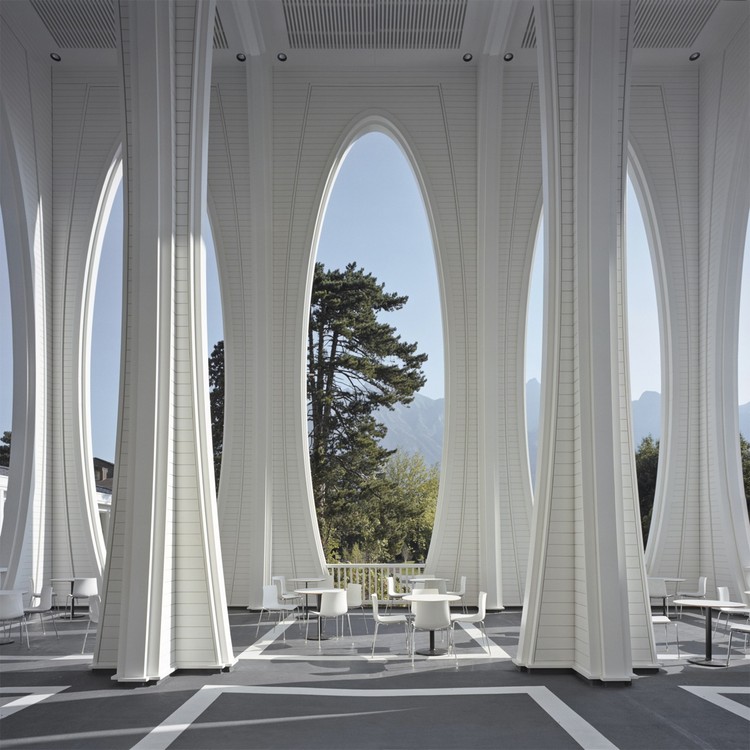 The project for the Tamina thermal baths is the result of a two-stage competition from 2003. The aim of the first phase of the process was to coordinate the large pending architectural interventions in terms of town planning. Where should the new five-star hotel be located, where should the extension of the medical centre be set, and how should the new public thermal baths be accessed from the site? The plan was to invest and coordinate a total of SFr. 160 million in new constructions and structural alterations.

The town-planning character of the resort is dominated by large representative buildings set in an expansive park landscape. To this extent the resort clearly distinguishes itself from the identity of the village of Bad Ragaz. During the belle époque this principle of building monumental hotels in close vicinity to a village was successfully applied to a number of locations in the Swiss Alps. The most important examples are Interlaken, St. Moritz and Gstaad. In Bad Ragaz two cul-de-sacs fork off from the main road that runs through the golf course connecting Bad Ragaz and Maienfeld. In the new project the thermal baths were deliberately located on the cul-de-sac accessing the resort’s public facilities, such as the new conference centre in the renovated spa spring hall, the casino and the golf club house. The second cul-de- sac running along the park has been kept free to provide access to the three grand hotels, and emits a more private and calmer atmosphere.

Instead of being freestanding, the form of the building volume emerges from the enclosing of exterior spaces. In the area of the open-air baths, for instance, the volume of the building is stepped back and opens out the sunbathing lawn to the wooded slopes of the mountain ridge. The view extends past the existing buildings, screened by newly planted groups of trees. The guests experience a park landscape that melts into woods and mountain slopes.

The predominant landscaped, park-like atmosphere remains intact despite the compact manner of building. Thus the resort remains characterized by its park. The main entrance to the thermal baths, the spa spring hall, is set on the visual axis of the cul-de-sac in order, from the main road, to mark its presence in the depth of the site as a public facility.

CRITERIA OF THE BUILDING

The Tamina thermal baths is explicitly conceived as a part of the grand-hotel culture. The cultural and aesthetic identity of the project seeks an affinity to both Swiss tradition and the grand hotels of the Baltic coast, such as Heiligendamm. For this reason the building volume has a monumental character, in order to stand out as an institution equal to the other buildings in the resort. Simultaneously the thermal baths are intended to relativize the almost “urban” stonework character of the spa spring hall. This explains the snow-white woodwork of the thermal baths, lending it the pavilion-like character of the architecture of a historical holiday resort.

This strategy of using an explicit resort architecture is underscored in the building’s formally fanciful oval windows. Seen from the inside, the windows have the effect of over-dimensional picture frames. Oval picture frames were widespread in the Victorian era for landscape scenes, whereby the intention in the current project is to give specific expression to the view over the relatively neutral landscape by means of the gesture of the frame. 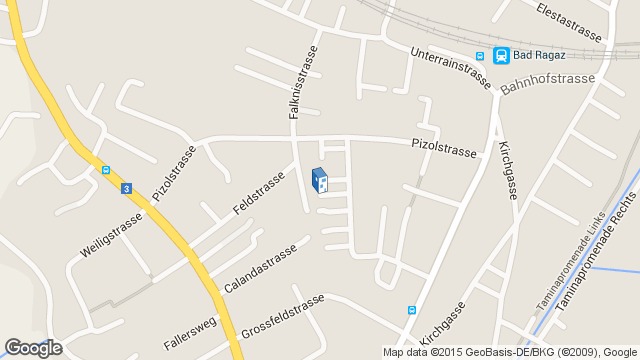 Location to be used only as a reference. It could indicate city/country but not exact address.
Share
Or
Copy
About this office
Smolenicky & Partner Architecture
Office
•••