Text description provided by the architects. The new regional headquarters of the Ministry of Public Works in La Serena city arises as a proposal that places institutional architecture at the service of the city and the region, creating public spaces that help to give urban shape to one of the city edges, connecting it to its geographical environment.

The new MOP building shares the spirit of the “Plan Serena”, which gave form to a new city image constructing its specific urban design in relation to its geography of terraces through parks and significant buildings, both strategically located.

The aim was the construction of a building that allows the optimization of institutional activities through a project that integrates both the functional and the spatial requirements in an ecological and technologically sustainable building. The new MOP building sets the city border through the articulation between work and public spaces, providing a significant urban element in the development of its integration to the foundational urban trace and the local geography.

The building resolves the drop in the ground level between the first city terrace and the river, while managing its own relation to the distant landscape and allowing the possibility of new constructions in the site.

This gateway is at the same time a window towards the faraway landscape and the river. It also gives the city a terrace that –as a bulwark, overlooks the landscape. From this porch the entire building can be accessed. In addition –and independently, the auditorium (that was planned to support different activities not necessarily related to the Ministry) is accessed through the porch, preventing interference with the internal work of the Ministry.

Towards the drop in the ground level between the city and the river, the building breaks into blocks that form open patios between themselves. These patios bring the river landscape into the building, recreating the old city patios. The two central blocks are crowned by terraces that reach the street level.

The eastern block contains the Auditorium, the multipurpose hall and the dining hall in the second floor. The latter is connected to a terrace which is open to the landscape. The Auditorium occupies two floors, so that it is possible to access it both from the exterior –by the upper floor, and from the interior hall in the lower floor. 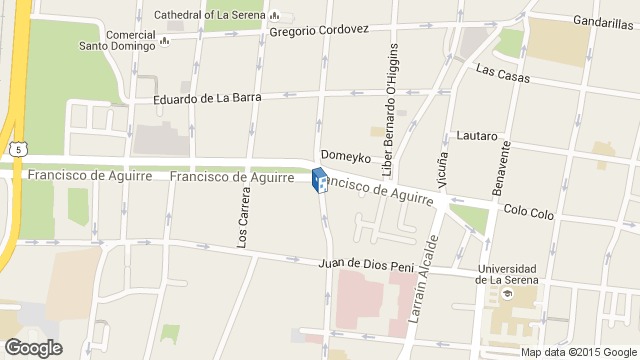 Location to be used only as a reference. It could indicate city/country but not exact address.
Share
Or
Copy
About this office
Teodoro Fernández Arquitectos
Office
••• 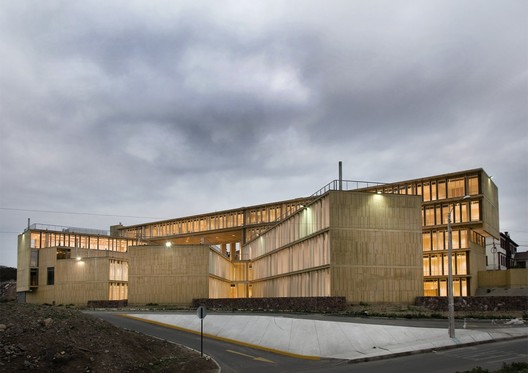