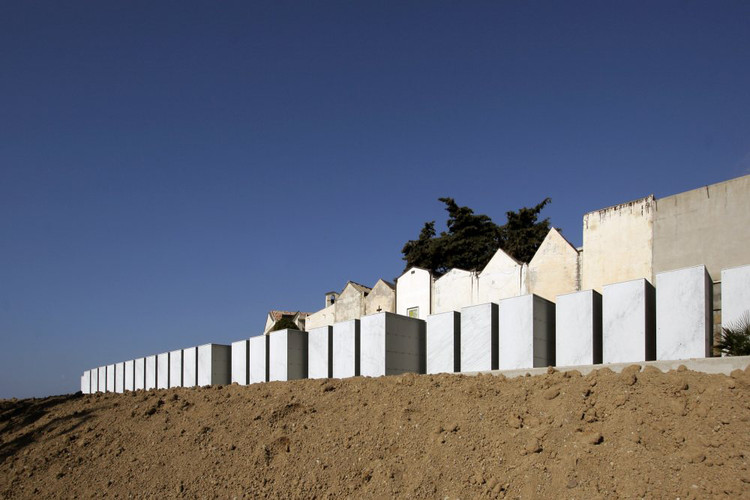 Text description provided by the architects. The purpose of the project is the amplification of a small municipals cemetery of Santo Stefano al Mare on the north-west side of Italy in front of the Mediterranean sea.

The new intervention is situated on a small land strip between the old cemetery's wall and the waterfront way. This strip is orientated from east to west and runs parallel to the coast. The ground floor level (+5 m) is on an intermediate level between the sea level (0) and the old cemetery level (+8 m).

The entrance is located on the waterfront way (+2 m) and it was an old structure . The existing structure was poorly executed under an old contract.

The project is planned according to the local traditional cemetery typology, where the rectangular interments (tumuli of earth or marble slabs) are distributed on the ground in sequence.

The request of the municipal administration to build tombs of three and four levels brought us a plan based on a sequence of extruded rectangles to obtain series of prismatic blocks. Those prismatic blocks, when distributed on the ground, give shape to the intervention.

At the same time, such blocks enclose the wall and the burials, while their disposition in the west-east produce a sense of gaping spaces for the ways, and in the north south a sense of the opening that allows a constant visual contact with the sea and the wall of the existing cemetery.

Each block is composed by two structural concrete walls. They are covered by Carrara marble slabs on the roof and on the front and back facades; inside each prism there are assembled the tombs previously prefabricated.

On the whole, while looking down on the new construction it produces a sense of an expanse tombstone.

This simple way of project, have permeated to not build the enclosure walls around the cemetery , and to concentrate on one repetitive element all the various functions. The prismatic block movement in the area facilitates to obtain the passages and the useful spaces and to creates a dimensional control during the execution of the project. All the work is based on a 30 cm module.

The main way is used for interment and to join the old and the new part of the cemetery, it is paved with washed cement conglomerate, The gravel strip between the main way and the prismatic blocks is designed to pick up the rain water.

The rear way is used after services and it is paved with untied gravel. There are two small gardens between the old cemetery wall and the tombs in the back. The remaining service area, along with the chapel of rest, the parking lot, the restrooms and the warehouse, are located on the waterfront level.

The work is planned according to the municipal administration austerity budget, covering 850 sqm at the cost of 250 € / sqm.

The contained costs will make the burial lots available at an equitable price. 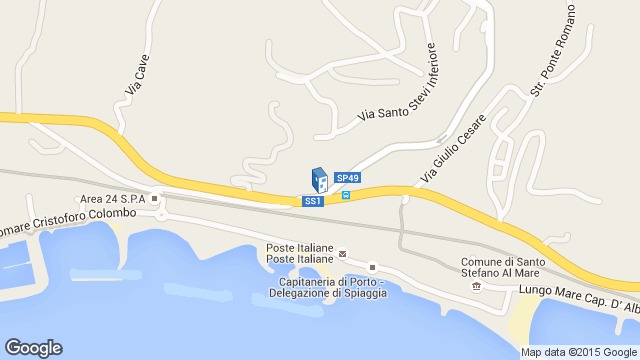