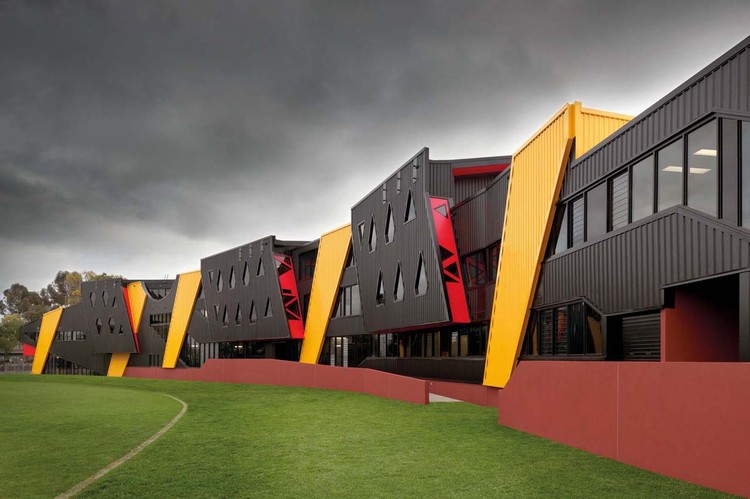 Situated in Tigerland, the redevelopment of the Punt Road Oval fuels the themed landscape of the Richmond Football Club. Our desire is to root the design within a Melbourne context, as well as reference the athletic grace of the human body led us to the work of sculptor Clement Meadmore. The long narrow strip of land around Punt Road Oval allowed the continuation of this motif, with the building contorting and squeezing between the oval’s boundary and AFL Way, as it progresses towards the MCG from Punt Road.

This facility is the next instalment in the club’s rich identity. It is a positive image, literally building a winner’s circle, with the elevations drawing inspiration from post-game traditions. We pictured the team standing in a circle with arms intertwined as a TV cameraman spins in the centre, capturing them as they sing: “Oh, we're from Tigerland, a fighting fury, we're from Tigerland!”

The design development was made more interesting by the contributions of Richmond’s passionate fan base. The importance of legibility of the club identity was spelled out loud and clear, when a preliminary design was published in the Herald Sun, prompting an online furore from the Tiger faithful – the playing strip motif was going the wrong way on one side of the building! The people had spoken, and were acknowledged through the refinement of the design.

There was respect to be paid to the Jack Dyer Stand with the continuation of the red brick grandstand. The red becomes an extension of the body of the club, its muscle beneath the club colors. It can also be viewed as a reference to Harold Thomas’s indigenous flag with the club having established a history of community involvement, particularly with indigenous groups, in Victoria and Central Australia. The new Richmond Football club houses the Korin Gamadji Institute, which is the training centre for indigenous youth and will be a life skills centrer offering vocation training and VET courses. Given the multiple uses, the redevelopment evolved from an ethos of co-location which enriches its programmatic function, with areas dedicated to football use, community use and majority of space dedicated as flexible areas able to be programmed for use by all parties at different times.

We had hoped for a legibility of architecture that speaks to the footy crowd, one driven on identity and loyalty. It has already spoken to some, as is evident in this review by former Victorian Premier Jeff Kennett: "Geez, I just bloody love this facility - it's so Richmond, it's so bold, it's so audacious." 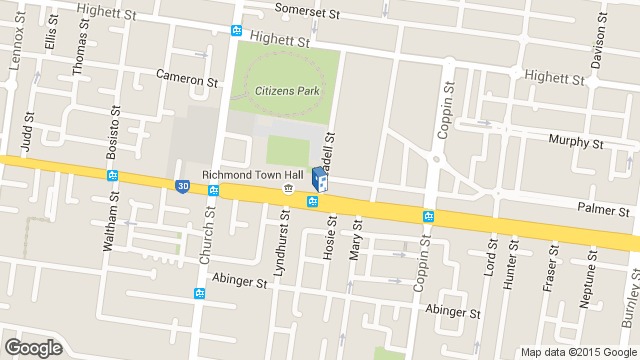 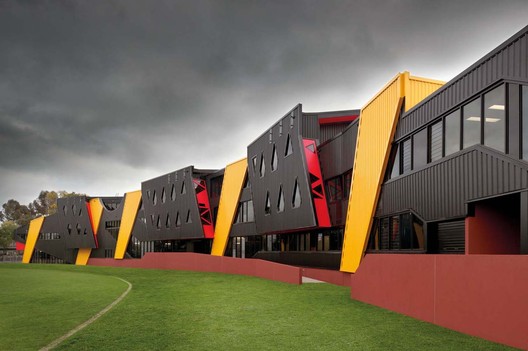