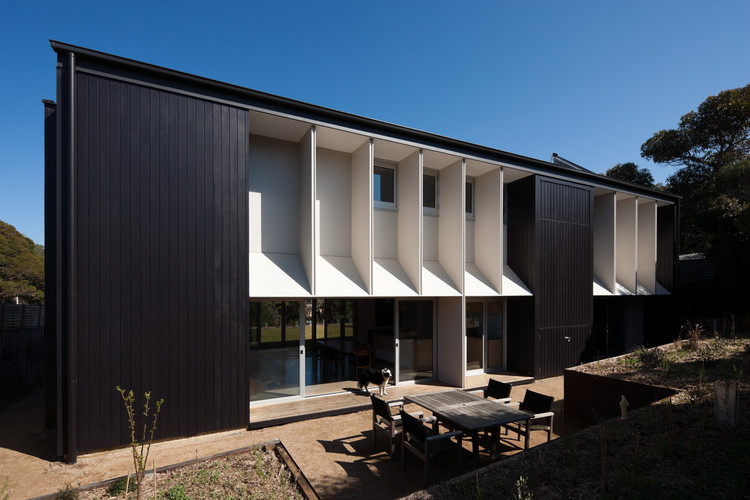 Text description provided by the architects. This project, Humbug, is located in a small village on Mornington Peninsula, approximately an hour’s drive from Melbourne, Australia. The site is gently sloping towards a gravel road and looks over a valley in which there are vineyards and rural buildings. The client is an established artist (painter), and the brief was to design a small studio with additional space for his family to live.

A process and a thing

Humbug is the residue of a process between an architect, Sam Kebbell, and a painter, Peter Adsett. We say ‘residue’ to emphasize that the project is both the process where ideas were formed and tested through dialogue, and the result of that dialogue. Humbug is therefore both a process and a thing.

We set out to investigate the space between painting and architecture. The intention was not to apply paint pictorially but rather to think ‘in painting’ as a disciplinary structure while making architecture and, conversely, to bring architectural thinking to the ‘construction of painting’. The connection we pursued was not any representational device common to both; but rather the experience of space and surface.

The language we used to explore the interplay between space and surface was ‘figure and ground’: terms common to both painting and architecture. Figure ground drawings have been, since Nolli’s map of Rome in 1748, a conventional architectural technique for understanding built form in context. Figure and ground also provide the perceptual logic of painting.

In both painting and architecture, figure comes forward and the ground recedes; figure is the ‘work’ in question and ground is its ‘context’. It is common to consider a painting hung on a white wall in terms of figure and ground: the painting as figure (the object in question) and the white wall as ground (the context for the painting). Painting is frequently the figure on an architectural ground, and paint is frequently the surface in an architectural space.

For example (and there are a few), the striped canvas along the front of Humbug is a direct reference to French artist Daniel Buren, exhibited for the street to see. For a moment, it is the central figure (foreground) and the studio behind it is the ground (context). However, these canvas stripes are in fact deck chairs from which to view paintings hanging in the studio. One literally turns one’s back on them to sit down (they literally become ‘back’ and ‘ground’) and the work on the studio wall returns to ‘figure’. Those canvas stripes flicker between figure and ground; or between the logic of art and architecture. 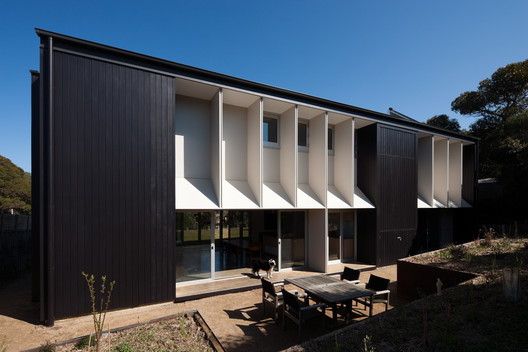