Save
House in Musashisakai / Upsetters Architects 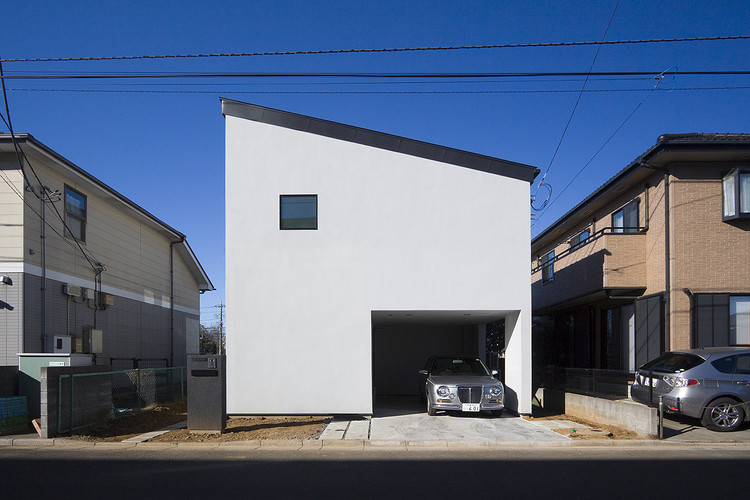 Text description provided by the architects. This is a house for a single family, which consists of a couple and their daughter, in a suburb of Tokyo. This project attempts to allow the family to flexibly change their way of living in one house as the daughter grows older. Generally speaking, the change of the relationship between parents and their children often seems to be caused by the children’s growth as the parents rarely change their way of life once they established it.

To achieve an easy change of the uses, a mass of space for the daughter was inserted to a simple wooden two-storied house. The inner space of this house can be divided into two parts: one for the whole family to live and one for the daughter to grow up. The interior details were designed in order to attain the sensuous separation between the two parts.

The part for the daughter has a mezzanine room, which can be accessed from the first floor and used by the couple for working. The daughter, who has just entered the elementary school, can go up to the room by using the desk and bookshelves. As she grows up, she will like to be alone rather than to actively interact with her parents and may finally leave this house to live on her own. This house is intended to permit such flexibility so that she can choose how to interact with her family during her growth.

To the west of the site, there is just a parking lot and nothing else disturbing the view from the house. The large window frames the fine view through the entrance hall with a double-height so that they can enjoy it even from the inside, which is comfortable both with privacy and spaciousness.