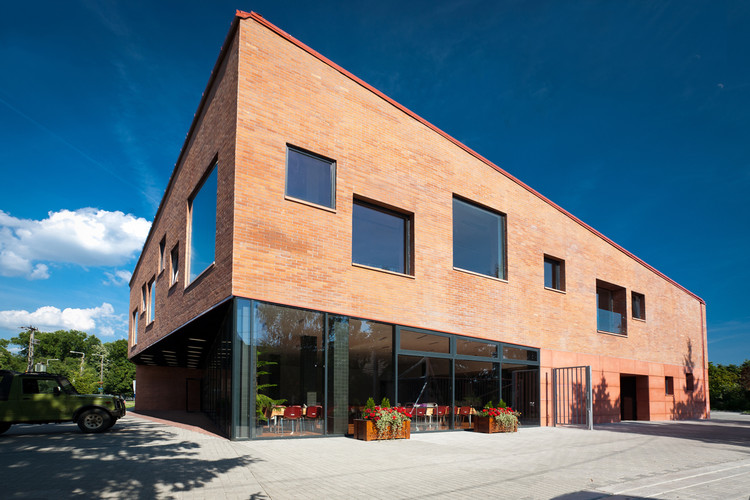 Text description provided by the architects. Sásd is a town of 3,500 inhabitants, and is located in the northern part of Baranya county. Its local government set to realizing the new “Integrated Community and Cultural Institution” with high ambitions and the use of EU funds on the premises adjacent to the existing elementary school providing for the educational needs of the Sásd microregion. Directly adjoining the existing school buildings renovated in the framework of the present investment, the new structure is furnished with rooms for educational activities (e.g. study circle facilities, computer lab, music room, cafeteria and corresponding service units), functions serving the wider town community (e.g. library) and multi-use rooms (gym and events hall). All these features clearly demonstrate the intention to create a cultural centre for the town and the whole Sásd microregion in the form of a new Community House.

When designing the new structure, we put priority on integrating it into its environment both intellectually and physically in a way that would make it stand out as an unmistakably contemporary and autonomous architectural proposition in its urban context. This process implied engaging in constant dialog with elements such as the somewhat fading, though characteristic tradition of brick homes in the surrounding built environment, the distinctive building line, nearby structures seen as significant, the presence of local monuments including a neighbouring church, the change of scale etc. Through condensing these complex functions, each calling for large surfaces, in a single edifice – though separating them might in have been an easier path to take – we wished to take on the tradition that still managed to incorporate changes of scale by delicately integrating major public buildings within their historic town setting. The greatest challenge in the design process was to find contemporary answers with credibility and a sense of proportion to the innumerable questions raised in the quest for integration while not losing track of different (financial, construction etc) aspects of reality.

In positioning the building, we kept the traditional saw-toothed building line, and even filled the gaps formed over the years when previously existing buildings were demolished. The entrance could thus be joined to a public plaza which creates a picturesque way for visitors to approach the building as well as serving as the venue of important community activities (e.g. fairs). Besides the building line, the compact mass of the structure is shaped by a number of factors: it interacts with the oldest wing of the existing school, a brick structure from the turn of the 19th and 20th centuries, being adjacent to it and following its eaves line. From this virtual point of reference, the planes and edges defining the shape rise dynamically until the other half of the block, creating an intimate embrasured entrance below the library space. The asymmetry of the high-roofed format was designed to enable proportionate roof structures to face the road, emphasising the monolithic appearance of the structure due to the identity in the tone and materials used in the brick coverage of the façade and the tile roofing. This minimalist design indirectly alludes to the rigorous world of the monumental backyard brick sheds parallel to the streets, built behind the homes of German-speaking townsfolk.

As befitting its intended community use, the building vigorously communicates with the town through the large surfaces comprised by the irregularly placed apertures on its front, transmitting the life going on within its walls. The homogenous arrangement of these openings highlights the large contiguous spaces they enclose. Their position, set in a plane to the north and in deep casements to the south interacts organically with the environmental conditions. 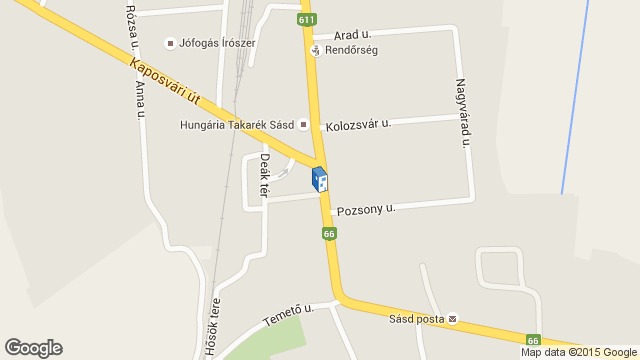