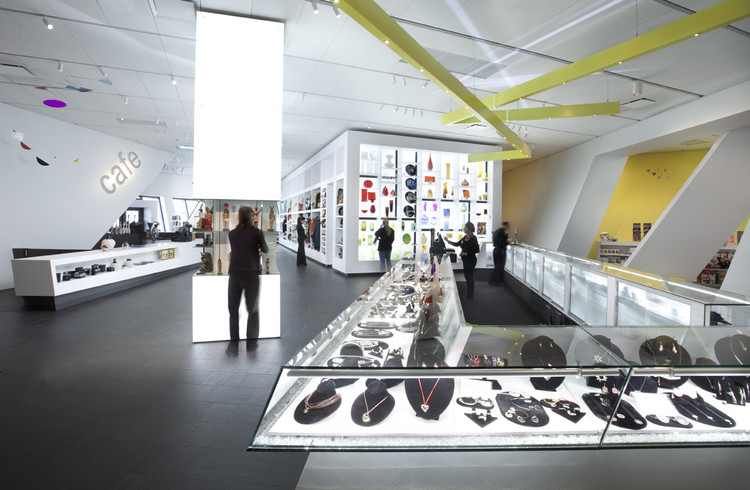 Text description provided by the architects. Colorado based Roth Sheppard Architects were hired to redesign the Museum Shop for the recognizable Denver Art Museum by Daniel Libeskind. The original shop’s poor sales and limited foot traffic initiated the project. Roth Sheppard Architects took the challenge of working within the recognizable building, and created a space that not only looks the part, but has significantly increased sales for the museum shop.

The Denver Art Museum has been around in one form or another since 1893. The North Building opened in 1971 and the Hamilton Building was completed in 2006. DAM Shop’s profitability was under performing from that year on. Roth Sheppard Architects was asked to reevaluate the 12,000 square foot first floor in order to determine a new placement of the DAM Shop. After many studies, both the architects and the museum decided to place the DAM Shop in a public space near the entrance.

The 7000 square foot space respects the building’s original intentions and merely adds to the ideas set forth by Libeskind. The concept behind DAM was “two lines dancing” and Roth Sheppard Architects has maintained two lines of circulation within the DAM Shop, defined by the merchandise display. One of the paths is a shopping circuit, while the other is a path to the future Clyfford Still Museum (by Allied Works). This second path was retained from the original design, and intersects with the shopping path but is uninterrupted on its own.

In lieu of a traditional closed off store, the DAM Shop is creatively separated by just a wall of glass. This wall allows ample space on both sides for visitors to glide into the space, and also serves as a window display for the shop. The wall is canted and creates a subtle line between the shop and the museum.

The DAM Shop appears to fit naturally into the Libeskind designed building. Not only is the visual alteration difficult to notice, but the shop has performed significantly better since its redesign. A sales increase of over 25 percent in its first quarter speaks to the talents of Roth Sheppard Architects, and the importance of analysis in design. 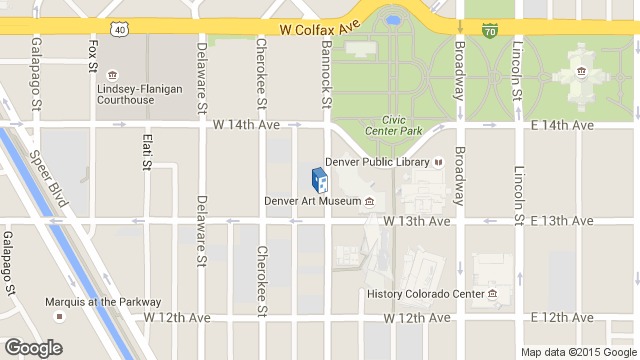 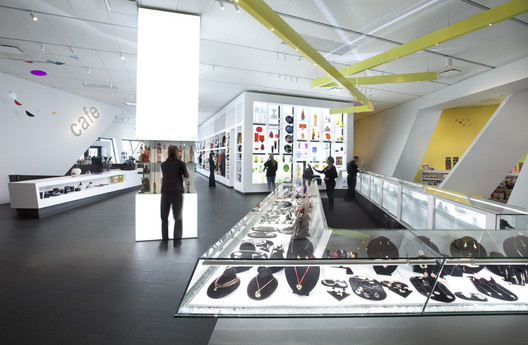